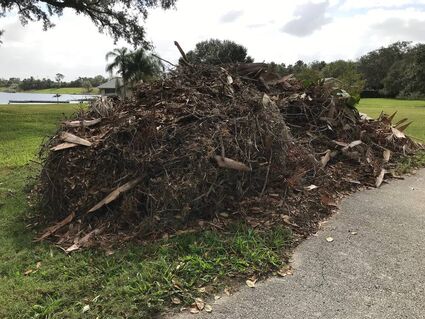 Almost 10 weeks after Hurricane Ian struck Polk County on September 28, large piles of storm debris remain piled along some Polk County roads. Despite complaints, some residents' frustrations are turning to anger directed at the county.

While cities have move promptly to remove the heaps of limbs and branches, Polk County has struggled to maintain service for residents.

During the same time frame a break-down in service for even normal household waste resulted in the Polk County Commission declaring a state of emergency to enable them to hire additional contractors without bids.

County Commissioner Bill Braswell introduced the motion to declare an emergency in November after hearing complaints of up to four-week delays in collecting household waste in certain areas of eastern Polk County served by Waste management, a Houston, Texas company.

"That's the largest (waste-hauling) company in the world," Braswell complained to fellow commissioners and company representatives, but they "can't pick up garbage in Polk County." 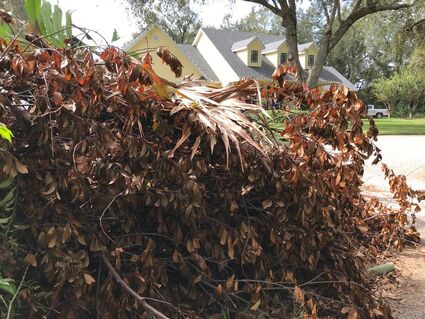 Many residents who have received no storm-related waste collection since the September impact of Hurricane Ian are unhappy about the lack of service from Polk County. The county charges for the service, which is incorporated into annual property tax assessment statements.

No county employees have provided waste service in years, since the commission moved to "privatize" the service long ago.

A visit to the Polk County solid waste website reveals a suggestion that resident can haul their own yard waste to the landfall, a 30-minute drive from Lake Wales, where they will also be charged a "tipping fee" to dispose of it.

That suggestion has further angered residents, many of whom are becoming angry about promised clean-up that never seems to arrive. They complain that they pay the same rate for the collection service as other areas of Polk County.

Despite the expense, many residents with the financial resources have been forced to hire private contract haulers to dispose of their waste.

It is unclear as to when the remaining streets will be served.