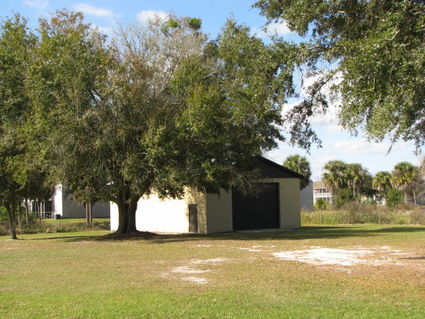 The City of Lake Wales is planning to add a new library branch and recreational facility on Chalet Suzanne Road on the northern edge of the city near the Eagle Ridge Mall. The new recreational facility would include playground equipment, picnic tables, a basketball court and bathroom facilities.

The new branch would occupy an existing unused garage located on city property where the current northern Lake Wales Fire Department is located. The cost of the project, according to the city, would be between $450,000 and $500,000, although it is unclear where the money would come from. The city's approved 5-year Capital Improvement Plan (CIP) includes $42,500 this fiscal year (2018-2019) for design of the North Library and $600,000 in fiscal year 2019-2020 for construction. No funds are specifically designated for the proposed playground equipment, picnic tables and basketball court.

Mayor Eugene Fultz supports the project, which gets mixed reviews from others. Fultz stated the current library, located downtown, is out of shelf space for new collections, and "land locked" leaving no room for expansion. Fultz said funds have already been donated for the purchase of new collections and shelf space is needed. According to the city's CIP, the Friends of the Library have pledged $40,000 if the project goes forward.

Although, according to Fultz, a loan may be needed to start the project, it will be paid for by Library Impact Fees and anticipated funds from the new housing development off of Chalet Suzanne Road due to begin this year. Fultz stated he also believes county residents would benefit from the new library.

City Commissioner Curtis Gibson questions whether the City can afford two libraries, just six miles apart, and he doubts impact fees from future development can cover the entire cost. Gibson said when he asked city staff how the project would be funded "no one gave me a straight answer."

Gibson said he supports putting more resources into the existing library. He also believes the City would be better off focusing on downtown development, the Northwest Master Plan, low income housing, recreational master plan and the city airport.

"We need to encourage people to eat and shop downtown when they visit our library," Gibson said. "It makes no sense to discourage people from coming into town. I'm also worried about the additional operating costs of staffing two libraries."

City Manager Ken Fields favors the project citing the anticipated growth in the north area of over 750 homes. Fields stated there is no room for expansion at the current library location. Fields stated that financing for the new library would come primarily from Library and Recreation Impact Fees collected as building permits are pulled. A kiosk may also be included allowing city residents to pay utility bills. According to Fields, design funding for the project was approved as part of the current fiscal year capital budget with construction expected in FY 2020-2021.

The initial idea of a new library on the north side of town originated several years ago during a conversation about city growth between Library Director Tina Peak and Fire Chief Joe Jenkins, Fire Chief. Jenkins mentioned the 1,900-square-foot unused garage at the north fire station as a possible library site. After some preliminary site checks, Peak and Jenkins presented the idea to City Manager Ken Fields who encouraged them to develop their idea and present city staff with their recommendations. 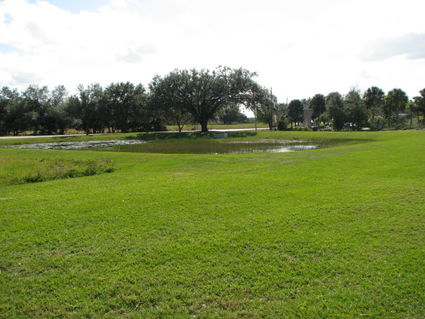 According to Peak, 75-150 new patrons visit the current library each month; 45% being city residents and 55% county residents including residents from other municipalities. Circulation topped 300,000 in 2018 and is the third highest in Polk County. She estimated circulation for a new north library would be around 6,000.

Library impact fees come only from new residential development and can only be used for growth, not replacement or repair, Peak said. The Polk County Library Coop has indicated they may possibly make a contribution to the city for the project, she said.

This project is currently not scheduled on any future city commission agendas, but design is proceeding since it was funded this year in the adopted CIP.

City Commissioners Robin Gibson, Terrye Howell and Tonya Stewart did not respond to requests for their thoughts and comments for this article.