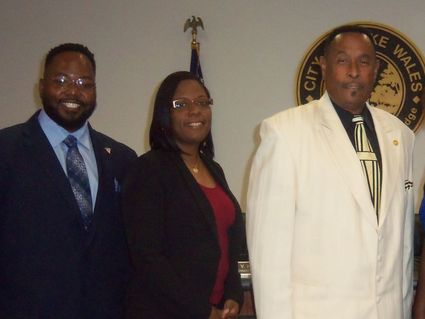 The Lake Wales mayor and two city commissioners are seeking re-election. Potential challengers for all three have picked up campaign packets, and the qualifying period ends at noon, Feb. 15.

Mayor Eugene Fultz took office in May 2013 and is seeking his third term. His only challenger to date is Bob Wood, who ran unsuccessfully for a city commission seat in 2016.

City Commissioners Curtis Gibson and Flora "Tonya" Stewart both were elected in 2017. Potential challengers to Gibson for Seat 2 include Brandon Alvarado and James Tucker. Al Goldstein has announced plans to seek Seat 4, now held by Stewart.

Also planned for the April 2 ballot is a proposed City Charter change that would extend city commission and mayor terms of office to three years, from the current 2-year-term adopted by voters in 2011. The change would go into effect immediately for the mayor's seat, but the 2019 winners of Seats 2 and 4 still would serve for two years in an effort to stagger the seats up for election.