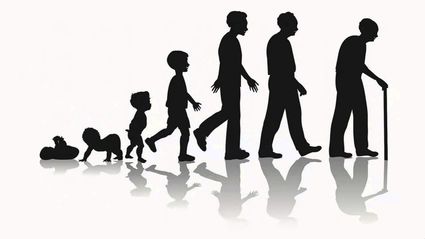 Sometime ago I read where a Japanese man died at age 113 in his sleep. It was a remarkably long time to live, especially for a male. On the average women seem to outlive men.

A Puerto Rican man died in 2007 at the age of 115; extraordinary to say the least. The most recent was a man who served in our Army in World War Two, who died at 110. This man was the oldest centenarian in this country to recently die.

My mother's father was born in 1827 and lived to be 84, which is not unusual in today's times, but it was at a time when medical methodology was in its infancy.

Depending upon which study published, there are pros and cons of the virtues of a clean living. A 102-year-old never-married woman I interviewed at the Groves Senior Center in Lake Wales was as cognizant as a woman half her age. When asked the typical question to a centenarian, she responded saying she never smoked or consumed alcohol. In contrast, George Burns smoked cigars all his adult life and lived to be 100.

Studies on longevity have proven that proper diet and medical attention have made a decided difference in who will live longer. The active effort to reduce or eliminate smoking has extended lives. Also, emotionally stable and active individuals appear to live longer.

The downside of living longer is the human body having less resistance to diseases. Once infected, there is little an aging body can do to ward off or recover from a debilitating attack.

Medical research scientists have predicted the human body could survive 130 years if serious diseases and infections could be held at bay. The answer to improving current longevity may be in embryonic stem cell research, but controversy over the source of the regenerating cell material is highly controversial, both as invasive and a question of ethics.

Proponents of nature's secret for long longevity have made fortunes in claiming they have discovered cures for almost every malady that has surfaced.

The nostrums and panaceas are so numerous, that pharmaceutical companies are hard-pressed to create new names to identify all the new drugs.

The answer to longevity may be right before our eyes. It's simply, peace of mind.

John, the only apostle to die a natural death, came out of his humble dwelling to meet a group of followers who had gathered to hear what the Apostle's last words might be.