New Commissioner a Study in Contrasts 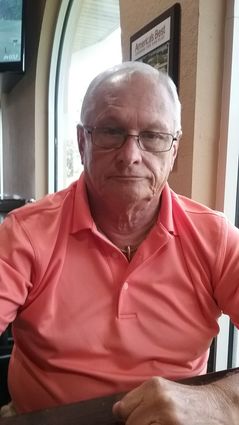 In a rambling two-hour conversation, Goldstein revealed much about himself and his strong opinions about several pending issues but left plenty hidden as well.

Critical of some proposals before the Commission, Goldstein offered his respect for the positions recently taken by Commissioner Curtis Gibson, as well as Deputy Mayor Robin Gibson, in questioning the city manager's high-end vehicle lease, which was removed from the "consent agenda" and sent back to staff.

"I respect that," he said, indicating that the city needs commissioners willing to challenge the agenda items.

Despite not assuming the duties until May, he has been barraged by phone calls about city issues. "This is going to be a bigger job than I thought," he said.

Joined by Shirley Goldstein, his wife of 30 years, Goldstein shared memories of the past, and many ideas for the future of the city. A former Marine, he spent most of his career in government service, working for "corporate international interests," he said.

Goldstein shared several stories of his interesting past jetting around the globe. One involved his chance encounter when blocked at a hotel elevator by two Secret Service agents protecting then Governor and President-elect Jimmy Carter in Georgia. "Carter recognized me, telling the agents 'It's ok, I know him, that's Al Goldstein.'" Carter, he said, while perhaps not a great president, is a great man.

He also shared a story about how, after their brief conversation, former Governor Rick Scott called the Georgia Insurance Commissioner to intercede on behalf of an amputee who had been denied a new mechanical foot by an insurance company. He received the prosthetic the next day.

Goldstein previously served as president of a homeowner's association in Panama and found his lack of Spanish fluency to be only a minor handicap. Having grown up speaking now-forgotten German, he says he has always managed to get around language barriers.

He also said that he experienced more racism and anti-Semitism in Massachusetts than he has in the southern US. The couple built their home in Lake Ashton, moving from a temporary home in Davenport in September 2014.

Goldstein was quick to challenge several recently promoted City priorities, including a proposed walking trail to circle Crystal Lake. "That's $500,000 that could be used for other projects. We already have a path circling the other lake (Wailes) only a few blocks away, why do we need another one?" he said, while not ruling out the idea of connecting the downtown trail to the existing network.

He also challenged the idea of a "North Library" on Chalet Suzanne Road. "We need to invest in areas where it will make a difference," he said, pointing out the many other needs of the core areas, including Lincoln Avenue.

"Building the community means more than building two streets," he said. "I can remember when Beale Street (In Memphis, Tennessee) was all abandoned buildings." Today the area is a thriving tourism center.

Goldstein is the vice-chairman of the Polk Republican Party but suggested that government should be open to change. "We spend too much time fighting progressivism when we should be supporting it," he said. "We need to enlarge our thinking to get our business district popping."

Expressing respect for the "good dreams" of Walesbilt Hotel owner Ray Brown, he said that Brown has been "cut short by some members of the commission. They've put some roadblocks" in front of him, Goldstein said.

He was also critical of the lack of support the city has given to the Lake Wales Airport. "They have an Airport Authority with no authority," he said, pointing out that the long-time chair resigned last month. "There was an event scheduled there that last year drew 6,000 people. The city denied their permit this year. That's economic development. They spend money here in hotels, restaurants..."

Goldstein also took on some issues of importance to the Lake Ashton community. Lake Ashton, he said, pays 28 percent of the residential real estate taxes in Lake Wales. "We're a golf community, let's take advantage of that," he said, pointing out the need for a bike-and-cart path connecting that community to the retail centers of US 27 that would take traffic off busy two-lane Thompson Nursery Road.

"We can't always listen to old-school thinking," Goldstein said. "I've served my country for all my life, and I want to continue to serve."