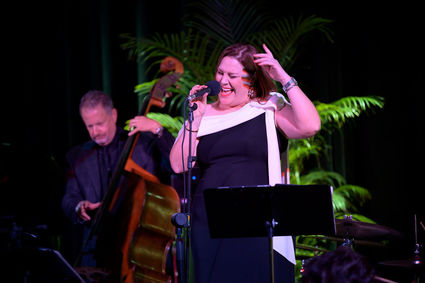 The Roarin' 20s roared into life during the annual gala of the Lake Wales Arts Council, "A Night in New York," on Saturday, March 16.

Men in tuxes and ladies wearing beaded gowns were transported to a 1920s New York supper club for an evening of fine dining, jazz and hobnobbing with the who's who of Lake Wales, who joined arms to form a high stepping kick line on the dance floor.

"We all had a roarin' good time and it was really lovely to be able to sit down and play music in front of people again," says Allen, who celebrated his one-year work anniversary on Monday, March 11. "BTB Catering served an incredible dinner of grilled beef tenderloin that was served with asparagus, mashed potatoes and two desserts."

In addition to tickling the ivories, Allen, a syndicated composer with Clear Channel Communications, CBSi and Discovery online content who has been featured on National Public Radio and FM jazz radio stations throughout the U.S., tooted the LWAC horn about group's successful outreach.

Allen is excited to perform again during a special concert at 7 p.m. May 4. "I'm really pumped about playing a tribute to the Modern Jazz Quartet from 1950."

Allen was also excited to announce the performance of Bela Fleck, 16-time Grammy award-winning banjoist and his wife, Abigail Washburn, on May 7, 2020.

"We have more than 50 students entered which is almost twice as much in the past three years. Marilyn is an incredible patron of the arts and just turned 90 on Wednesday, March 13. Happy birthday, Marilyn! With help from people like her, our board, volunteers, staff and members, I feel like we're really bringing this place back." 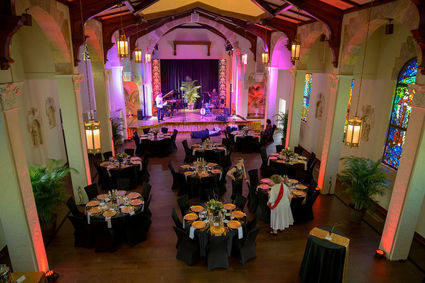 Formed in 1972, the mission of the Lake Wales Arts Council, is to build a community where art and culture thrive. Its vision is "to create a vibrant cultural arts destination."