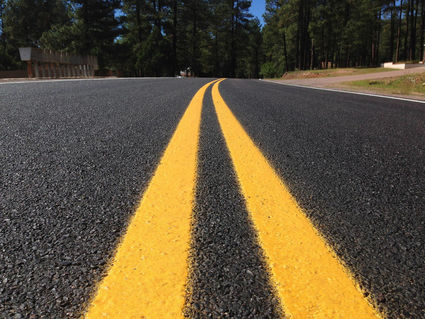 The City of Lake Wales has undertaken an aggressive program to spend about $500,000 per year to repair roads throughout the city. A large portion of the funding was freed up when the City Commission adopted a new stormwater fee in February.

Work began March 25 on 13 city streets and Phase one should be completed within about three weeks, according to Assistant City Manager James Slaton.

Slaton said within six years the city should have repaired 50 percent of its roads. The city is working with Pavement Management Group, a Tampa consulting firm that inspected all local roads to identify their condition and determine what work is needed.

"We now have a plan that's based on science, the pavement condition of roads," Slaton said, noting the city should complete about 6.6 miles of road repairs this year. "It's a big deal. It hasn't happened in a long time."

Slaton said catching up with road maintenance also is important to economic development since people will make a "snap judgment" about a community when they believe it's not well-maintained.

Traditional maintenance used the same repaving process for all roads, Slaton said, while the data-driven approach using a consulting expert means only what's necessary will be done. To make transportation funds go farther and accomplish more Slaton said about 60 percent of the available funds each year will go to the roads in the worst condition.

"By measuring and creating a pavement condition index you can be efficient and maximize your dollars," Slaton said. The consulting firm uses the latest technology and can actually view road conditions through an online mapping program with street view.

Road work starts by repairing cracks and apply a binding agent, then applying crushed gravel and compacting it, Slaton said. Temporary paint is applied and then once the asphalt cures the workers come back and add thermoplastic street markers, he said.

Slaton said the city fell behind when transportation funds were diverted to stormwater system repairs. The city commission adopted stormwater fees in February that should bring in an estimated $700,000 per year, so it now has a dedicated source of funding that won't require dipping into transportation dollars or the city's general fund. The adopted stormwater fees range from $3.13 to $8.21 per month for most single-family residences, depending upon the size of the home. The formula recommended by a utilities consultant will be used for larger homes, multi-family, nonresidential and mixed use properties. 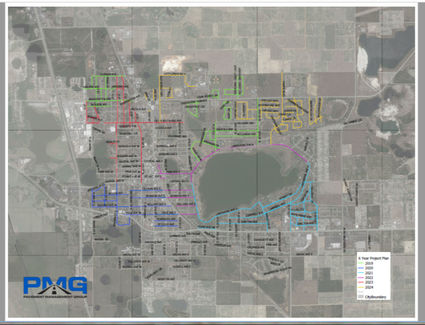 "We will have every road in the city limits to be on a schedule to be replaced every 12 years," Slaton said.