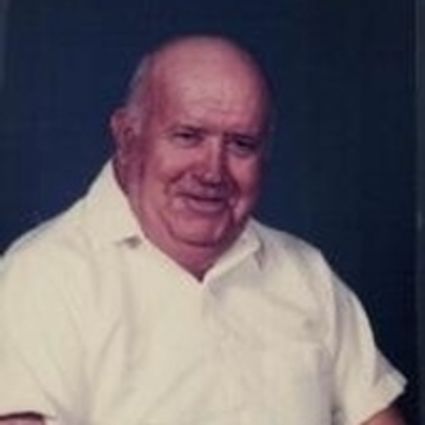 John Gordon Mixon, of Harrisburg, AR, formerly of Lake Wales, departed this life Sunday, April 7, 2019, at the Woodbriar Nursing Home in Harrisburg, at the age of 94.

He was born May 9, 1924 in Adel, Georgia, the son of the late Lewis Thomas Mixon and Mittie Frances Lovette Mixon.

John moved to Harrisburg in 1985 and married Zuma Nixon Owens on March 10, 1986 and they enjoyed 14 years before her death in 2000. He was a veteran of WWII, having served in the U.S. Army. He was honorably discharged in 1946. While serving his country he was awarded the EAME Service Medal with 2 Bronze Stars, the Good Conduct Medal and the WWII Victory Medal.

He is survived by one sister, Mrs. Louvenia McCants, his daughter-in-law, Arva Owens of Harrisburg, step granddaughters, Sandy Wiggington (Randy), Barbara Davis (Butch), Denise Williams (Kyle), a step grandson, Butch Mitcherson (Nancy), several nieces and nephews, and many step grandchildren and great grandchildren. He was a sweet, kind man, was loved by many, and will be greatly missed by all who knew him.

Visitation will be held 10 a.m. Thursday, April 11 and the funeral service will be held 11 a.m. at the Marion Nelson Funeral Home in Lake Wales with Pastor David Durham officiating and full military honors by the American Legion Post 8. Burial will be held at the Florida National Cemetery in Bushnell, Florida.