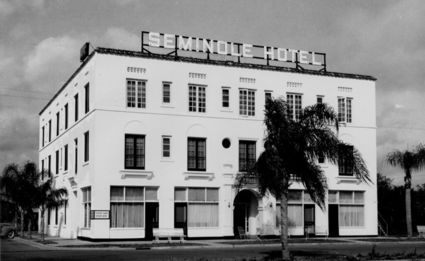 Developer Ray Brown wants to purchase and restore the historic 1929 Seminole Hotel on First Street in Lake Wales but he says the city is anti-development and throwing up roadblocks.

Brown, who also is in the process of restoring the historic Walesbilt Hotel, says the Seminole is a solid structure with great potential. He plans to partner with architect Rick Gonzales from West Palm Beach, who has extensive experience with restoration of historic buildings and serves as vice chair of the Florida Historical Commission.

But city officials say the building is unsafe and uninhabitable. The city plans to tear down the building, pending the results of an asbestos assessment and determination of demolition costs, said Kathy Bangley, the city's director of planning and development. Even if the hotel changes owners she said she plans to proceed with recommending demolition.

"The condition of the building is horrific. It has now been closed up for an extended period of time," Bangley said, noting in addition to asbestos on the exterior and wrapped around pipes, toilets are duct taped to the floor, the roof is bad and water seeps from third floor showers all the way to the bottom of the building.

Brown says he has an approved contract for purchase and he is being denied the access he needs to clear debris and get proper measurements to create a restoration plan. Despite providing a notarized statement from the current owner to access the hotel, Brown said the city threatened to have him arrested for entering the property. He said he met with Police Chief Chris Velasquez and an officer accompanied him on one visit so they could make sure no vagrants were squatting in the building prior to boarding it up.

City Attorney Chuck Galloway said he advised city officials to block access to the hotel because of safety issues and the potential for city liability should someone be injured on the property. "It has been condemned. It's unfit for human habitation. It's been boarded up and locked out."

Galloway said the city needs proper indemnification, including liability waivers to protect it should someone be injured on the property. But Brown says he signed the city's official waiver and planned to get waivers for his architect and other workers he wants allowed onsite to begin cleanup.

The city condemned the Seminole Hotel for city code violations and in December 2017 filed a lien on the property, assessing the owner $250 a day in administrative fines. Bangley said the total lien is now upwards of $100,000 and it would follow the property to any new owner. She said her department treats everyone equally and she will work with Brown or any other developer if they submit a development plan.

City Commissioner Curtis Gibson said he understands the concerns of city officials, but "We need to be more open minded when it comes to someone wanting to develop or restore a building. We've got to work with him, not shut him down. Ray's the only one trying to take the initiative. He sees the need and he's jumping at it. I do wonder if this was anybody else, would it be such a hassle."

Brown declined to disclose his purchase price and won't know the restoration cost until he gets full access to the building. According to Polk County Property Appraiser's records the Howell Cardiff Revocable Land Trust currently owns the 14,000 square foot Seminole Hotel, purchased in 2005 for $630,000 from Clewiston Investments. Property records show Clewiston bought the hotel property for $300,000. In 2005 Howell Cardiff also purchased the vacant commercial lots across Crystal Avenue to the south of the Seminole Hotel for $275,000.

For the last few years Brown has had a contentious relationship with city officials, who have issued stop work orders for his 1926 Walesbilt Hotel restoration and made public comments criticizing its progress. Brown began work in 2010, and took ownership of the Walesbilt in 2011 after spending over $1.5 million toward its restoration. He said he now has a full development plan and is finalizing his financing.

The Seminole Hotel sits just two blocks north of the Walesbilt. Brown said he still intends to complete restoration and redevelopment of the Walesbilt as a boutique hotel with restaurants and retail shops, but the city has obstructed his efforts. 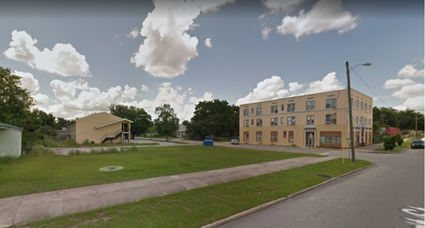 Brown said with city support he would have executed his development plan five years ago, but "all they know how to do is knock down buildings."

Take no action on this until the “Connecting Lake Wales” process is complete, and the building can be inspected by potential redevelopers with an eye to apartment or condo use. We need to encourage housing in the downtown area.

The initial presentation of the master development plan being funded by the Main Street Alliance calls for renovation of the Seminole hotel. I think both sides need to slow down until that plan is presented.