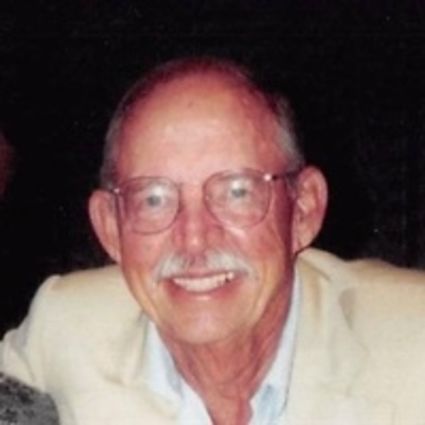 Orvid Eugene Johnson, 91, of Lake Wales passed away Saturday, May 11 at his residence.

He was born October 25, 1927 in Kansas City, KS to the late Oliver Barber and Sarah (Jurkovich) Johnson. He has been a resident of the area for 20 years coming from Miami and Sebring. He was Emeritus Professor of music at The University of Miami. Gene was a veteran in the U.S. Navy. He received a Bachelor of Fine Arts from the University of Kansas and was a Fulbright Scholar at the Royal Conservatory of Music in Brussels, Belgium. He began his career performing as Solo Flutist with the Ballet Russe de Monte Carlo and performed nationally as a Soloist and in chamber ensembles. Later he became Principal Flutist with the Miami Philharmonic and Greater Miami Opera. Gene was a member of Lake Wales Country Club and an avid golfer.

He is survived by his wife of 37 years Lorraine Johnson, children Deborah Johnson (Jim Irwin) of British Columbia, Canada, Rebecca Rebel (Jerry) of Jordan, Jennifer Bishop of London, England and Eric Johnson of Jordan. He had eight grandchildren and six great grandchildren.

No services are scheduled at this time. Marion Nelson Funeral Home in Lake Wales is in charge of arrangements.