Partners with Ray Brown on Restoration 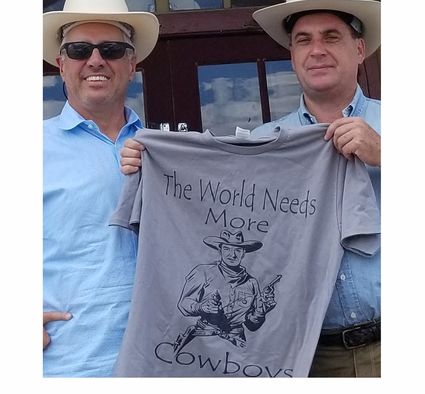 Rick Gonzalez is passionate about restoring historic buildings and he loves Lake Wales. The South Florida architect finally got his first look last week inside the Seminole Hotel and now he's ready to not only create a detailed restoration plan but also to become a financial partner with developer Ray Brown.

"I've been doing this work for 30 years and I've seen all types of conditions for historic buildings. This building is just like many others - there's nothing extraordinary in terms of damage," said Gonzalez, president of REG Architects in West Palm Beach. "I looked at the building and didn't find any condition that can't be fixed. It's very fixable, very reusable. I deal with this all over the state."

Gonzalez and Brown envision 30 small apartments on the Seminole's second and third floors, "microunits" of 300- to 400-square-feet, each with a private bath and a kitchenette rather than full kitchen – something appropriate for college students.

"It's a very small project really, but big bang for your buck," Gonzalez said. "If we get the green light, it could be done by the end of year."

But to make that happen, Gonzalez said he and Brown need full access to the building so they can clean it out, get a closer look and take accurate measurements – due diligence before purchasing the Seminole from the current owner, Howell Cardiff Trust in Orlando. The 14,000-square-foot Seminole Hotel was built in the 1920s and was purchased by the Trust in 2005 for $630,000.

"We're looking forward to moving ahead on the project," Brown said. "We need to finish doing our due diligence; the city needs to let us in there unhindered. Once we get that done, we'll complete the purchase."

The City of Lake Wales condemned the Seminole in late 2017 for multiple code violations and placed a lien on the building with administrative fines of $250 a day. Code enforcement provided pictures showing squalid living conditions and extensive interior damage. City Director of Planning and Development Kathy Bangley says the fines now exceed $100,000 and would become the responsibility of any new owner.

Bangley is recommending the building be demolished, but she won't know the cost until an asbestos assessment is completed. She estimated the city may have to pay upwards of $100,000 to tear down the old hotel. The decision ultimately will be made by the Lake Wales City Commission, which will need to approve the expenditure.

"I sometimes have difficulty comprehending why you would want to demolish a historic building," said Gonzalez, who currently serves as vice chair of the Florida Historical Commission. "We really have to find a way to salvage and repurpose buildings."

Calling the hotel "unsafe," city officials have been restricting access, citing liability issues. City officials say since Brown doesn't own the building they have every right to restrict his access – even though the owner has given permission and Brown has signed the liability waiver created by City Attorney Chuck Galloway. City code enforcement officers have blocked access and police have threatened him with trespassing.

Brown wants to install new fencing and dumpsters for removal of the furniture, clothing and other debris left behind by former tenants. Gonzalez said he and Brown can't finish their due diligence on the condition of the building or create detailed drawings until the city grants full access and allows cleanup. He says even with a worst case scenario of finding a major problem the city would still benefit from the building cleanup.

"I'm hopeful these issues are going to resolve themselves very quickly," Gonzalez said. "People need to put their differences aside and do what's best for the city."

Gonzalez says restoring an existing building often is less costly and easier than building new. He said the Seminole restoration might cost as much as $1 million, but he sees it as financially viable because of the "huge shortage" of all types of housing throughout Florida.

Gonzalez acknowledges the Seminole exterior is "plain looking to the common eye," but says it has interesting features around the front doorway now covered in paint and grime. He said painting, fixing the façade and adding awnings would bring the Seminole new life. Upon first look, Gonzalez says the electrical appears to be in "great shape" and the hotel has a beautiful lobby, central staircase, hard-to-find paneled solid wood doors, intricate tile detail in bathrooms and wood floors that can be refinished. He said he needs to take a closer look at the plumbing and flooring in some areas.

The Seminole's location on a main north-south street near downtown is a plus, Gonzalez said and facing southeast it can take advantage of natural ventilation. Gonzalez noted the city's urban planning consultant, Dover Kohl, included a rendering of a restored Seminole in its initial findings, noting the need for housing between the city's historic downtown and northwest business district. The Seminole is located at 207 N. First St., two blocks north of the Walesbilt.

"I think it's going to help jumpstart redevelopment of the Northwest Section," Gonzalez said, noting he has worked with Victor Dover in the past and believes he is one of the finest urban planners in the country.

After meeting Brown about eight years ago Gonzalez became a consultant on the historic Walesbilt Hotel restoration project. Gonzalez and Brown share a love for the Patrick Smith novel "A Land Remembered," about the early cowboys who settled in Florida. They joke about being "preservationist cowboys," trailblazers in the often challenging redevelopment landscape.

Brown started work on the Walesbilt in 2010 and took possession from the city in 2011 after investing an estimated $1.5 million during his first year of restoration. He has had a strained relationship with city officials who have issued stop work orders and publicly criticized his progress. Gonzalez is impressed with Brown's passionate commitment to historic preservation, noting "Visionary people are very often misunderstood in many cities. 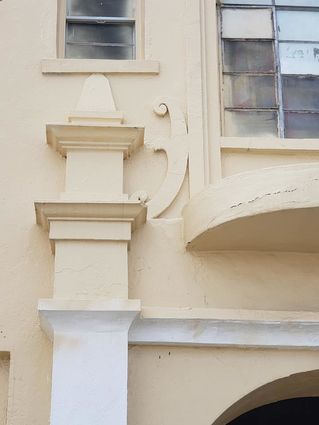 "I've never seen the determination of a human being to restore a 10-story building out of his own pocket," Gonzales said, noting Brown will need to rely on private investors to complete the project since it's virtually impossible to get a bank loan for a project the size of the Walesbilt in a small town like Lake Wales. But he believes the Walesbilt eventually will provide an economic boost to downtown as there is a large market of people who enjoy staying in historic hotels and who would appreciate the beauty of Lake Wales, its parks, lakes and of course, Bok Tower Gardens. Gonzalez said he hopes to partner with Brown on other projects, particularly in towns with a "sense of place, a sense of community, where we can make an instant impact with historic buildings in these smaller towns."

"The detail in the Walesbilt is probably one of the best I've seen in the state of Florida – it's a very special jewel," Gonzalez said. "Yes, it's very rough and he's struggled with the exterior but it's an amazing building inside and out. The potential is surreal."

EDITOR'S NOTE: If you'd like more information about Florida Historical Places, including the Seminole Hotel, visit Gonzalez blog at https://www.facebook.com/Florida-Historical-Places-414619615380496/