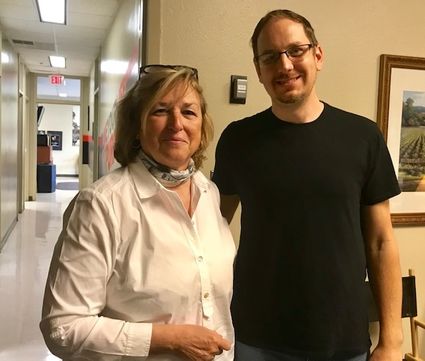 Stephen Cornelius recognizes that the proud tradition of the Lake Wales Marching Highlanders is still embedded deeply in the community. He understands what he faces as the new band director for Lake Wales High School, and says he's ready for the challenge.

Reflecting on his new position, Cornelius wrote: "It was Theodore Roosevelt that said 'far better it is to dare mighty things...even though checkered by failure, than to take rank with those poor spirits who neither enjoy much nor suffer much, because they live in the grey twilight that knows not victory nor defeat.' I look forward to 'daring this mighty thing' which is the band program at Lake Wales and having it continue to bring value and meaning to the students and the city."

In recent years band directors have come and gone and an October 2018 photo showed only about 30 marching band members on the field. Reduced participation in band is often attributed to students having so many more sports and other extracurricular options. But High School Principal Donna Dunson said she is committed to building the band program and believes Cornelius is the right person for the job: "His background is impressive, and his approach to his music and his life is one of full engagement. The community has high expectations and so do I. The good news is that pressure did not dissuade him from taking this position. My bet is on Stephen Cornelius!"

Cornelius said he is looking forward to growing the music programs at Bok Academy and Bok North, charter schools that feed into Lake Wales High School: "Having the responsibility for the high school is humbling enough, but with the added opportunity to reach down to even 5th graders to grow those schools as well is a challenge I embrace."

Dr. Linda Ray, principal of Janie Howard Wilson Elementary in Lake Wales, worked with Cornelius in the past and helped connect him with Dunson. She said, "Stephen Cornelius will change the band culture at LWHS - People will soon say, 'What is the football team doing on the band field?' "

Cornelius has 14 years' experience teaching band, guitar, orchestra, music technology and music appreciation to middle and high school students and strings to elementary students. He spent the last eight years at Lake Alfred Polytechnic on the campus of Lake Alfred Middle School where he rebuilt the band program and earned a Florida Music Educators Association award for enrolling 57 percent of the school's students in a music program. He started two Tri-M Honor Societies for student musicians and his students earned excellent and superior ratings in competition. Cornelius also worked with the marching band programs at Haines City High and Ridge Community High School.

Previously Cornelius served as band director and music teacher at Woodside High School in Newport News, VA and North Florida Christian School in Tallahassee, where he taught guitar at Florida State University and participated in the Tallahassee Winds community band. He earned his bachelor's degree in music education at Christopher Newport University and his master's at FSU.

Cornelius lives in Lake Wales with his wife, Leslie and their baby girl, and they have a baby boy on the way. He said he is looking forward to supporting other arts organizations in the community. 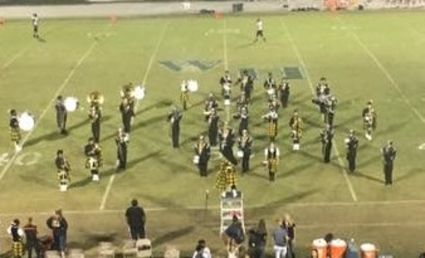 Cornelius recently met with band students and parents and started planning for summer band camp the two weeks before the start of the new school year. At the mandatory camp, which will run from 8 a.m. to 3 p.m. July 21 through Aug. 2, Cornelius said he and his staff will teach the basics of marching band including how to march, setting drill and coordinates, learning halftime show music and pep band music.

Dunson said Cornelius's meeting with students and parents went well: "The feedback was wonderful; Stephen is off to a great start by getting to know the students and becoming more and more familiar with the charter system."

Rebuilding the Highlander Band will be challenging, but Dunson is optimistic: "Finding the right band director for Lake Wales has not been easy, but I will go on record as predicting that Stephen Cornelius will hit the right notes for this community."

Why did you want to be LWHS band director?

There are several reasons, but I think it comes down to serving this great city, spreading the value that music has to offer students to more people and supporting and growing the music culture in Lake Wales. So many people want to see the band program come to life, it’s my responsibility as a citizen to try and make that happen for the community I live in.

Do you have any specific plans to build the band program and what you envision for the future?

Building the band program at LWHS starts with building the program at Bok Academy and Bok North. Since I will be teaching at both of those schools as well as the High School, the plan is pretty broad.

1. Make the band a respectable part of the school culture by having the utmost quality of music. We will have to participate in competitions and music performance assessments the first year, and we have to win! The kids need something tangible they can be proud of.

2. The next step is to show the surrounding area that we are an up and coming band program in Polk County. Once the band has some respect for themselves and from their peers, we will start expanding into more competitions and really be able to be recognized, which will lead to more numbers.

3. The next step is to recruit from every middle and elementary school we can, keep building the numbers to have at least 10% of the school in the band program.

I assume you’ll be continuing the Scottish tradition. Anything else?

Absolutely, I’m very lucky to have Becky Blackwelder who is a former piper for Lake Wales, who also teaches orchestra and has a degree in cello performance. She will be helping me build the Scottish Unit and the Dancers. The only other tradition we will be focusing on is quality. 10-15 years ago the band was competing and getting quality ratings at district assessments. The same applies to today’s band program.

What can the community do to support you?

1. Monetary Donations. Any amount will help. Five bucks gets a kid his drum sticks. Ten dollars will pay for someone’s method book. $50 can go toward fixing the instruments we have now. $200 can get a kid from Bok Academy a new clarinet. I don’t know what instruments are at Bok Academy yet, but if we can get something of quality in a student’s hands, I’ll take care of the rest.

2. Visit. Come drop off a case of water for the kids during band camp between 8-11 a.m. between July 22 and August 1. Come to our concerts, and other concerts in the area. Like our Facebook page.

3. Other Donations: If you have an extra portable tent, or an old instrument you haven’t used in a while, or a cooler that you don’t use but is pretty clean, we’ll take it. Anything you have that may help, we’ll appreciate.

4. Put your kid in a band program!

Do you know how many students are signed up for band in the fall?

I do not know what my schedule looks like or the amount of students for any of the three schools. The number 30 keeps coming to so probably 30 or more at each school. I look at it as though I teach about 90 students from all three campuses. One big band that just happens to be really stretched out around Lake Wales

Most recent picture of marching band in 2018 on Facebook appeared to have fewer than 30 students. Has it really gotten that small?

Yes, it has. I talked to the previous band director and he said about 30, with no guard and no drumline. This is why it is so important for me to be visible at all the elementary schools, and focus on recruiting at Bok.

Do you have a number goal for size of marching band and how long would it take to get there?

A healthy program should be at least 10% of the school, so we should have about 160 students in the band program just at Lake Wales alone. I couldn’t say how long it will take. I’m sure there are some huge obstacles in the way right now that I am not even aware of.

I know kids now have many more options which is affecting participation in band, but realistically how large do you think you could grow it in 3-4 years?

My goal would be to double the size in 2 years at all three schools. Bok Academy has a lot of options as does the High School, but if the school will make scheduling the kids and creating more opportunities for music classes a priority, I feel confident I can fill up those classes. I want band to be the best thing on each campus.

Also in 2 years, I would like to see another position open at both Bok schools. If we can get band, guitar, and a drum class like we have at my current school, that will fill the position, freeing me up to be at Lake Wales High School full time.