Highlights Importance of Florida and I-4 Corridor 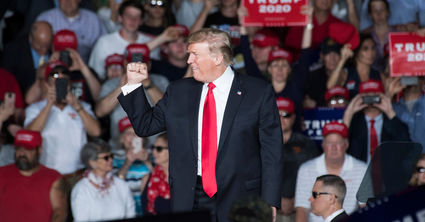 U.S. President Donald Trump will be kicking off his 2020 re-election campaign about 50 miles from Lake Wales with a rally June 18 at the 20,000-seat Amway Center in downtown Orlando.

The location highlights the importance of Florida and the I-4 corridor to the president's re-election efforts. Trump lost Orlando's home Orange County in 2016, but beat Hillary Clinton 48 to 47 percent statewide to collect all 28 of Florida's electoral votes. Trump won nearly 55 percent of the Polk County vote in 2016, with Clinton taking just under 41 percent.

"I will be announcing my Second Term Presidential Run with First Lady Melania, Vice President Mike Pence, and Second Lady Karen Pence on June 18th in Orlando, Florida, at the 20,000 seat Amway Center," the president tweeted with a link to tickets to the event. "Join us for this Historic Rally!"

"Florida is the only state that stands as a region unto itself," a senior campaign aide told CBS News. "We will have a significant presence there."

Orlando city officials say they expect a counter-protest prior to the kickoff event.

Lake Wales resident Kat Skipper attended several Trump rallies in 2016 as the campaign's Florida chair for veterans, and she is looking forward to the Orlando kickoff. 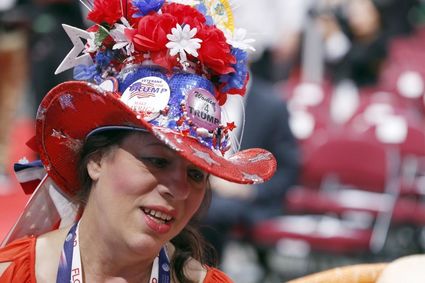 Kat Skipper with her Trump hat

"I'm excited. I'm excited for the fact that he's coming to Florida to announce his re-election campaign ," Skipper said, noting she believes Trump has been a good commander in chief and has been really supportive of veterans: "I'm all about the veterans."

She encourages supporters to attend the rally: "There is so much energy and excitement. If you're feeling bad when you go it's guaranteed you'll be 100 percent better when you leave. A Trump rally is full of patriots, good Americans who respect our flag, who respect our vets, who respect our country. It's kind of like an all-America day."