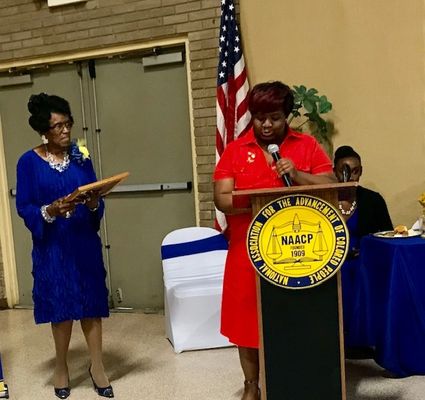 Rivers was born in Lake Wales, he daughter of the late Edward and Belle Sumlin. She is one of seven children. She graduated from Roosevelt High School in the Class of 1956 and married David Rivers. They have one son, David Rivers Jr.

Rivers started her work life at McCrory's in downtown Lake Wales, where she worked for six years. She was the first African American employed in a downtown business. She obtained another first as the first African American employed in the banking industry in the area when in 1968, she joined First National Bank of Lake Wales, which over time became SunTrust. When employed by First National she attended the ABA Banking School in Winter Haven. In 1970 she moved to Lake Wales State Bank, which became First Union Bank of Florida (now Wells Fargo) where she held various positions in the customer services area.

After retiring from First Union, she obtained a degree in early childhood education and worked at Janie Howard Wilson Elementary School for 16 years. She continues her teaching with the Family Literacy Academy of Lake Wales.

Her awards include Teacher of the Year Award (Sunday School) and Award of Appreciation for Music Ministry from First Institutional Baptist Church; Award for Three Decades of Service from the Freedom Singers of Lake Wales; Minerva Achievement Award from the Lakeland Alumnae Chapter of Delta Sigma Theta Sorority for Outstanding Community Service, among other awards and accolades.

Rivers has also served the Lake Wales NAACP in the capacity of a Board Member, committee chair, secretary, treasurer and esteemed member. She joined the NAACP in 1956.