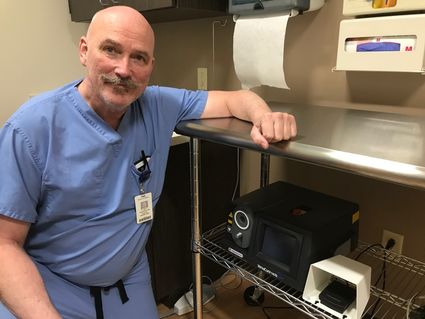 Concerned that too many patients got their wounds healed but ended up coming back for more treatments, the Lake Wales Wound Care Center has added another therapy to its list of options.

Dr. Fred Howard on Tuesday, July 2 did the center's first treatment that used a laser to burn off vessels in leg veins. The treatment is designed to get blood flowing properly to reduce swelling that can cause wounds to fester and create painful sores.

"They come, they get wound care, they get healed and then they go back out into the community and then come back," said center Director Amanda Williams, who worked there as a nurse for six years. "This is a treatment to help them prevent that reoccurring cycle. We're not just about healing the wound. We want to heal the disease process if we can that causes the wounds."

Howard said doctors in the past have stripped or ablated the veins, but now have a minimally invasive laser option. He said laser therapy works on the superficial venous system where "those veins break down, blood starts to pool and you get swelling and ulcerations, the wounds.

"The idea is to get a laser up in the vein," Howard said. "Swelling for us keeps wounds from healing. This forces the blood into the deeper system so it can get out of the way."

Lake Wales Medical Center, which owns the wound center, hosted an open house July 2 to announce the new laser option to the community. The center has been operating for nine years, but opened in a new Lake Wales facility at 451 S. 11th Street in December 2018.

"We're not just staying steady with what we're doing, we're on and above trying to progress in a way that we help our community heal their wounds," said LWMC CEO Rebecca Brewer.

Williams said the Wound Center uses a variety of strategies, including hyperbaric treatment, to heal wounds, many due to radiation injuries or diabetic ulcers.

Wound Center handouts explain that when veins aren't working properly, fluid can build up in the lower legs, causing swelling. As the legs swell, the skin is stretched and can break open, forming a wound. People with venous leg ulcers are at risk of getting infection and the wounds can cause difficulty moving around. 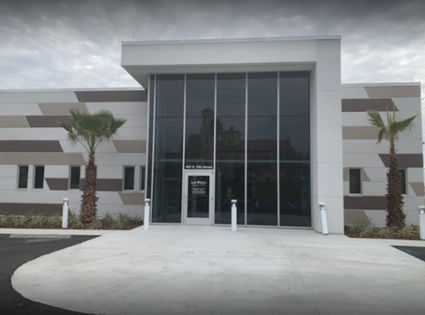 Williams noted that some therapies require compression stockings, which are particularly uncomfortable in hot weather. After the laser procedure patients only need a light covering.

"This is just another way we're going to be able to keep these legs hopefully in good shape without patients coming back time and again, to help them stay in shape," Williams said.