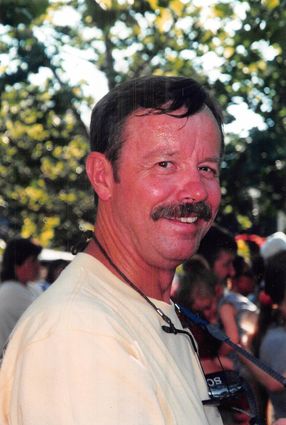 Frank H. Haskin, MSGT U.S Army (Ret.), passed away on August 10, 2019 due to complications of idiopathic pulmonary fibrosis. He was born April 27, 1949 in Stuttgart-Bad Cannstatt, Germany.

His parents were William L, and Doris (Radloff) Haskin of Babson Park. He graduated Class of 1968 from Lake Wales High School. He enlisted in the United States Army September 20, 1968, and his first duty station was in Dong Tam, Vietnam, where he was part of the 9th combat MPs. During his time there, Frank had the prestigious honor of serving as color/honor guard for the U.S. Secretary of Defense Melvin Laird. Frank retired from active duty on December 31, 1989 at New Cumberland Army Depot in New Cumberland, PA. Frank was an honorable soldier who felt his calling was to serve this great country, and did so proudly for 21 years.

He continued to serve his community by taking a job at the Central Florida Fire Academy on December 17, 1990 as Facility Manager. Frank retired on Feb. 1, 2014 to pursue his next great adventure of being a full-time Grandpa to his 6 grandchildren. During his employment at the Academy, Frank felt fortunate that he was able to work with another elite group of men and women.

Frank is survived by his wife, Peggy (Sitton) Haskin; his sons Sean (Christina) and Brian (Christine) Haskin; his grandchildren: Jordan, Julia, Jaxon, Jensen, Josephine, and Easton; his sister Patricia (Mike) Beasley; his brothers Bill (Cheryl) Haskin and Jessy (Limei) Holder; numerous nieces and nephews; his aunt Edith Radloff of Stuttgart, Germany; and his sisters-in-law: Nancy Regan, Shirley (Duke) Marshall, and Beverly (Steve) Dahl. Frank was a steadfast, hardworking and loyal husband, father and grandfather who cherished his family above all. Now we must learn to live without his physical presence.

Services are to be held at 12:30 p.m. Friday, Aug. 30 at Cape Canaveral National Cemetery. A Community Funeral Home & Sunset Cremations in Orlando is in charge of arrangements.