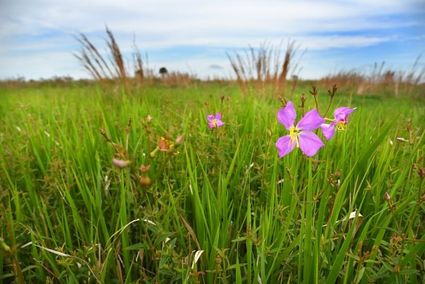 There's an old truth about hurricanes: they take out the trees that gardeners don't have the heart to cut down. Like wildfires, they clear the land of deadwood. They fell trees weakened by disease or stunted roots, leaving only the strongest – or the luckiest – when skies clear. Such ruthless pruning reveals which plants can stand up to a 100-mile-an-hour wind.

Palm trees hold up beautifully in storms: their limber trunks bend with the wind, which blows right through their fronds. But did you know that the Palm Trees that Lake Wales has everywhere in the city, were originally planted as a beautification project by the Woman's Club of Lake Wales?

In 1922, the Woman's Club held a "Plant a Palm Day" to raise money for planting palms in the park. Tags with strings were sold by the members to individuals for donations to buy palm trees. Mr. B.K. Bullard, one of the founding fathers of Lake Wales who built several of the buildings in the downtown area, and Mr. I.A. Yarnell, a developer of Lake Wales, bought one tag for $100 The Club netted more than $1,600 from this project and used a portion of this to buy trees for landscaping in the town.

Josephine Yarnell had become President of the Woman's Club that year and her slogan during the years of her Presidency was, "Beautify Lake Wales". Not only was she responsible for the Palms but also for the beautification of the Atlantic Coast Line Railroad Company, ensuring planting of the lawn, flowers and palms, and all fertilization, as well as pipes and hydrants. The Woman's Club pledged $200 to the project and the State Bank that her husband and other founding fathers owned, paid the balance for the project of $800.

Though Josephine's passion was the beautification of the City, she was also fulfilling one of the historically established objectives of the General Federation of Women's Clubs established in 1890 – Conservation.

The GFWC Conservation Community Service Program encourages awareness of our natural resources and caring for the world around us. It offers information and ideas to promote environmental appreciation and protection. The Program works to preserve, maintain, and restore our natural resources; protect habitats for plants and animals; and develop sustainable habits. 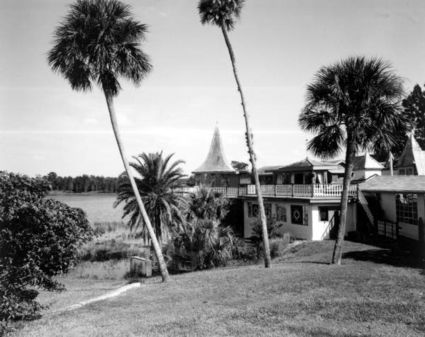 The GFWC Woman's Club of Lake Wales has always strived to fulfill their mission in Conservation. Last year the Club raised money from their members to provide trees to replace those destroyed in the Panhandle after Hurricane Irma. This year the Club will work with the local 4H on Conservation efforts on the Club House grounds and any other Conservation projects that the 4H needs help with.

If you are interested in what the GFWC Woman's Club of Lake Wales is all about or are interested in their efforts in the field of Conservation or any other Community projects, please call 863-605-0200 or email the Club at [email protected]