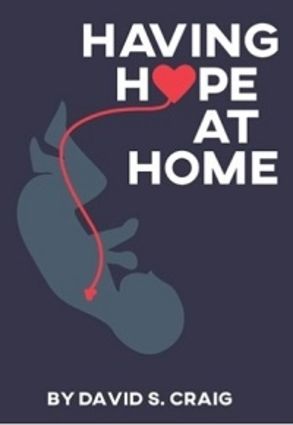 Having Hope at Home is described as a light comedy with serious intentions. Directed by Glenda Thurmond, the productions will be at 7:30 p.m. Fridays and Saturdays and 2 p.m. Sundays through Nov. 24 in the intimate 140-seat theater at 411 N. Third St. Tickets are $18 for adults and $12 for those under age 18 and can be purchased online at http://www.lwlt.org or on Wednesdays from 10 a.m. to 2 p.m. at the theater box office. For gallery of photos of the production, go to https://www.lakewalesnews.net/photos

Here's the synopsis of Having Hope at Home: Carolyn has one evening to cook a three-course turkey dinner, make peace with her parents, get married in her grandmother's dress and hide the fact that she's in labor. What could possibly go wrong? Having Hope at Home is a side-splitting look at a family learning to love again. On a cold winter night, in a drafty farmhouse, Carolyn goes into labor just as her parents arrive for dinner. She can't tell them she's having a home birth, as her father is the head of gynecology at the local hospital. She has to pretend everything is normal including passing off the midwife as the vet. Good intentions dissolve as modern medicine meets midwifery in a torrent of family feuding over where this baby should be born. As tensions rise between the three stubborn generations of family members, so does the laughter. It takes some serious truth-telling and a baby's birth to heal the rift in this hilarious, heartwarming story of forgiveness and hope. A light comedy with serious intentions, the play shows us how the human heart sometimes takes the long way home.

Rose Cambron (Dawn Shaw) was raised in Haines City area. She earned a bachelor's degree in health science and a minor in theater at Florida Gulf Coast University. Rose loves to act because she gets to experience and explore life through another set of eyes. She feels this is important in order to grow and evolve as a person. A few of her favorite plays include The Gift of the Magi, Tape, and A Midsummers Night's Dream. Thus far Officer Welch in Rumors by Neil Simon has been her favorite role to play. Favorite movies include Rogers and Hammerstein's Cinderella Hotel Rwanda and Marvel Comics. Her total combined experience on and off stage has convinced Rose that she is ready to explore a medium that delves into world issues and human rights problems. She would like to thank the cast and crew who worked really hard to create the magic of having hope at home.

Robby Hartley (Michel Charbonneau) has been with LWLT since he was 16 years old. Fourteen years later and he has dabbled in almost all parts of the theatre. He has been the teen show director for 7 years and going to put in his 8th this summer. He loves to get a chance to act with those he has directed and has been able to a few times. By day he is a local professional dog groomer and he also competes in dog grooming contests. His goal is to make groom team USA and plans to devote more time to grooming contests.

Jensen Brushwood (Carolyn Bingham) is the manager of the campus bookstore at South Florida State College. She has previously held the roles of Yente in Fiddler on the Roof and The Wicked Witch of the West in Wizard of Oz. Jensen is making her debut on the LWLT stage. She is currently pursuing her Master's Degree at Warner University.

Natalie Murren (Carolyn Bingham) is very excited to be in her third adult production here at Lake Wales Little Theatre. She has been in many productions before, ranging from The Lion King to Steel Magnolias. She is so grateful for the support she receives from her amazing friends and family. Natalie has acted since the third grade, and plans on continuing acting for the rest of her life. Along with acting, she loves to sing, dance, and hang out with her friends. She hopes that you continue to support the theatre and have a good time.

Carol E. Krause (Jane Bingham) was last seen on this stage as Clairee in Steel Magnolias. She is pleased to be working with such a dedicated cast and crew in this endeavor. She is a retired Ohio educator who has performed in northeast Ohio theaters as well. Some of her favorite roles include Aneece in Belles, Mrs. Birling in An Inspector Calls, and Marie in Calendar Girls. This past spring, she was able to revive another favorite role as Ruth in Later Life (HCCT) with her husband as her love interest. How appropriate.

Tom McCance (Russell Bingham) has been an active member of LWLT since his acting debut in 2012 as Cousin Purvis in The Red Velvet Cake War. Since that time, he has appeared in several productions including Mama Won't Fly, It's a Wonderful Life, and most recently as Jerry in A Nice Family Gathering. Tom is always ready to volunteer to help out LWLT. One of his most successful times was portraying Mr. Scrooge at a Make It Magical event downtown.

John E. Durbin (William Bingham) last appeared at Lake Wales Little Theatre in The Assassin's New Friend. His most recent show was at the Be Original Festival at The Dr.

playwright Gretchen Suarez-Pena. He has also worked with Gretchen in her original

Clermont and Carrollwood to name a few. He also has had the pleasure of working with local Playwright Vincent Scarsella's "Practical Time Travel". John started doing theatre in Southeastern Connecticut over 35 years ago, and has appeared in nearly 50 plays and a few student films, in that time. John's full-time job is with Lakeland Electric at the McIntosh Power Plant as an Engineering Technician. He can also be found on any number of golf courses,

enjoying a round of golf, or in the kitchen where he likes to pretend to be a chef.

Originally from Ohio, he served in the U.S. Navy in the late 70's, and would like

to thank all veterans. Remember "Freedom isn't Free". He would like to say a big THANK YOU to Kathleen, his wife of 34 years - I Love You. 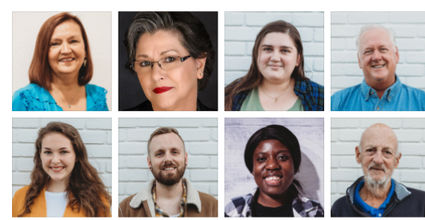 Glenda Thurmond (Director) had the great fortune to study with several of the most influential acting teachers of our time. In Los Angeles she "stumbled upon" Stella Adler simply by looking for a teacher in the yellow pages and attending an audition at The Stella Adler Studio of Acting. After moving to New York to continue her acting career, Glenda moved into a three-story walkup apartment directly across the street from HB Studios, a well-known New York City acting school in Greenwich Village. There she studied with Tony winning Uta Hagen and Oscar nominated William Hickey. She also completed the Misner Acting Technique with Bill Esper at William Esper Studios. She is grateful to have the opportunity to direct at her hometown theatre LWLT. Her most recent plays were Always a Bridesmaid by Jones Hope Wooten, and The Tin Woman by Sean Grennan. Last year she returned to the stage to play M'Lynn in Steel Magnolias.