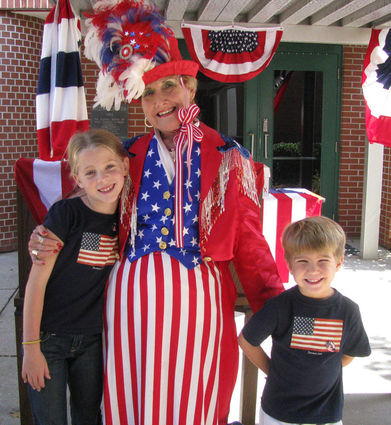 Her service as chair of the Bicentennial Commission led to the opening of the Depot Museum on July 4, 1976. As a community volunteer she oversaw the Museum for nearly 40 years and brought millions of historic preservation grant dollars to the city.

"I am very saddened at the loss of Mimi Hardman. There is no one who loves Lake Wales more than she did. Everything she did was to promote this city," said Lake Wales City Clerk Jennifer Nanek, who served as Hardman's administrative assistant at the museum from 1998 to 2008.

Hardman's community service led to her selection as Lake Wales Citizen of the Year in 1977. In 1989 she became the first woman member of the Rotary Club of Lake Wales, and she also won numerous other accolades over the years, including a Historic Preservation Award for Individual Achievement in 1999 from the Florida Trust for Historic Preservation. In 2000 she was named by the Lakeland Ledger as one of the most influential persons in Polk County for the 20th Century.

Hardman served more than a decade on the statewide Historic Preservation Commission, first appointed in 2003 by Gov. Jeb Bush and then re-appointed by Gov. Charlie Crist. In addition to restoring depot complex buildings, she obtained state grants to preserve the old high school complex, including the 1919 building referred to as Hardman Hall. She was president of the Historic Lake Wales Society from 1986 to 2015.

"I learned a lot from her about history, architecture, writing grants, about the people of Lake Wales and how to be a bit more extroverted than I was when she first hired me," Nanek said. "She moved so fast that she could be a challenge to keep up with. She did a lot for me in my life and career. I will miss her."

Hardman was especially known in Lake Wales for creating and overseeing the annual Pioneer Days Festival, where one citizen was honored as Pioneer of the Year. Then Mayor Alex Wheeler in 2006 honored Hardman, a Kentucky native (who was named Miss Murray State University in 1955), as an Honorary Pioneer, and 10 years later she was name Pioneer of the Year.

The 2011 Pioneer of the Year, Clinton Horne, said when he retired and returned to Lake Wales in 1993, Hardman reached out to welcome him and even helped him find a realtor and a home, that was close to hers.

"She was a genuine person and a very supportive neighbor as well as a passionate community leader," Horne said, noting Hardman sponsored him to serve on various community boards and to ultimately become one of the leaders of the charter school movement. "We stayed friends right up until the end. She was a real winner."

The depot is now part of the multi-building Lake Wales History Museum, which is seeking donors to help restore and rehabilitate the historic 1916 Seaboard Airline Freight Depot, and repurpose the interior of the building as the new permanent Mimi Hardman Collections & Research Center. The city's collection includes more than 20,000 items, some dating back to 1852, when the original government survey of Lake Wales was completed.

"Mimi Hardman has dedicated her life to the preservation of Lake Wales history and heritage," wrote Museum Director Jennifer D'Hollander about the project. "As the founder of the history museum and champion for historic preservation throughout Florida, Mimi is the reason we now have an unparalleled collection of Lake Wales and Polk County printed materials, illustrated items, manuscripts, textiles, material culture artifacts, historic buildings, train cars, and five historic districts."

Hardman's son, Reid, said he hadn't been given any specifics about the project, but "I'm glad to see the city giving the building some attention, and naming it for mom certainly would be appropriate." 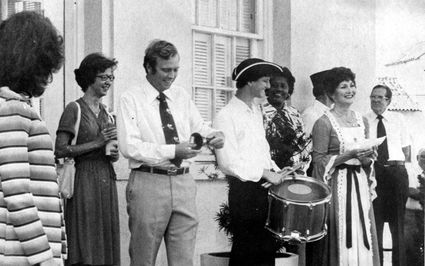 One of Mimi Hardman's biggest supporters until his death in 2010 was husband, Bill, a local OB/GYN who delivered more than 5,000 babies during his 50-year practice. She is survived by their three children Billy (Jodie) Hardman, Kelly (Stephen) Parker and Reid (Molly) Hardman; seven grandchildren: Reid, William and Elizabeth Parker of Naples; Mary Leigh and Streaty Hardman of Lake Wales; W. Miller lll and Anderson Hardman of Orlando; and sisters Johnna Reid Patterson of Treasure Island, FL Sue Reid Draper of Paducah, KY

Plans for a memorial service will be announced in the future.

Editor's Note: Mimi Hardman was one of my Girl Scout leaders, an amazing role model for me and others throughout Lake Wales. She probably wouldn't appreciate me mentioning her age, but she certainly packed a lot of life and service into 85 years.