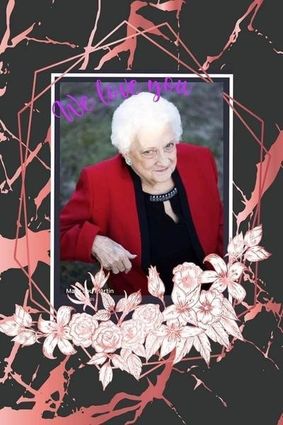 She was born Oct. 11, 1939 in Zanesville, OH to the late William H. and Helen (Risen) Strouse and she has been a resident of this area since 1956 moving here from Ohio. She was a retired secretary for Escod Industries. Mary Lou was a Charter Member of the Lake Wales Moose Lodge, member of the Eastern Star of Lake Wales, Past President of the Lake Wales Elkettes and of the Baptist Faith.

Survivors include her son, Steven Martin; 4 grandchildren; nieces, Brenda Samuels and Jackie Moser and all of Sally Henderson's Family.

Family will receive friends from 1 p.m. until service time at 2 p.m. on Sunday, Dec. 29 at the Marion Nelson Funeral Home with the Rev. James Martin officiating. Inurnment will be held at a later date at the Lake Wales Cemetery. In lieu of flowers, donations may be made to Good Shepherd Hospice 105 Arneson Avenue, Auburndale, Florida 33823.