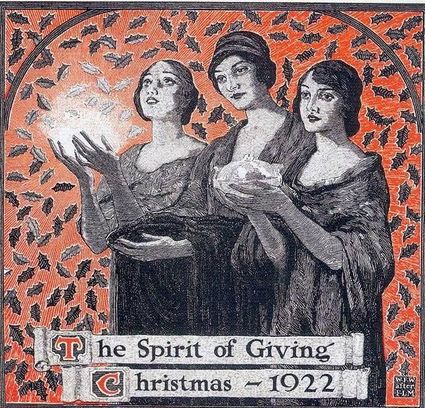 In 1912, the early settlers of what is now Lake Wales, were hearty, adventuresome people, real Pioneers, descendants of their ancestors who traveled via oxen-driven covered wagons and were true to their code of "Ten Tandra Via Est" meaning "The way remains to be tried." They came to Lake Wales by way of long, difficult and sometimes dangerous trips through swamps, overcoming their fears of possible snakes and alligators, travelling through Winter Haven, then Haines City, finally catching the 3 car cattle train to Lake Wales. They worked hard to establish a "city" from the muck and dirt of a hot southern stretch of land.

The Woman's Club took over organizing maintenance of railway grounds and area parks and women were asked to cast votes on the Ten Mill Amendment to increase funds to provide more teachers.

Local women had the City of Lake Wales designated as a bird sanctuary. Mrs. William H. Felton was honored as the first woman to hold a seat in the U.S. Senate for 1 day. Two hundred school library books were purchased through "emergency" fundraising and donated to the school so the school could retain its state accreditation. Lake Wales was fast becoming "civilized".

On Dec. 23, 1922, Mrs. I.A. Yarnell, affectionately called Josephine (and the third President of the Woman's Club), initiated the first community Christmas Celebration in Lake Wales. Under the direction of the Woman's Club, a large live cedar tree donated by Mr. Clarence C. Thullbery, Postmaster (and moved at his own expense), was erected in Depot Park near Crystal Lodge (where the Woman's Club now stands today), which was in the heart of the city at that time. The tree was gaily decorated with hand- made glittering ornaments and colored electric lights. But what was particularly special were the 710 Christmas Stockings on the tree filled with fruit, nuts, and a Christmas favor, all made for the children.

Every child in the city was invited to the Celebration, and, if a child could tell Santa whose birthday was celebrated at Christmas, they received one of the special stockings. The tree was a pretty sight, not only for the local people, but for people passing through town by railroad or auto.

Dr. W.L Ellis, Lake Wales' first dentist, led the large crowd gathered in singing Christmas carols. "The First Noel," "The Holly and the Ivy," "O Little Town of Bethlehem," and "Silent Night" might have been some of the sounds that would have been heard that night. Hard work, tribulations, and commerce would have been forgotten for this one night of common unity.

After the musical program, Santa Claus gave out gifts to all. Praise was given to the Woman's Club for the idea of the Community Celebration and the way it was carried out. The Club was recognized for all the good work they had done for the Community and the plans they had for the future.

The Community Tree was left standing until the end of the year for all to enjoy. A smaller cedar tree was planted near the site to serve as the Community Tree in years to come. The Woman's Club decorated and lit the tree for many years, but had to quit doing that when vandals started breaking the lights and stealing the ornaments.

Over the years the Woman's Club did many other things for the Community Christmas Celebration. In 1924, Mrs. B.K. Bullard, the Club's sixth President, presented and sold Christmas Seals which were used in the fight against tuberculosis. In 1929, they held a Christmas Party and Bazaar.

From 1930 to1960 the Music Department of the Woman's Club presented Christmas Cantatas. In 1949, A "Parade of Christmas Ideas" was presented by the Club members. Different food ideas, cookie recipes, Christmas dinner ideas, door and mantle decorations, hand-made Christmas cards and snowmen decorations were some of the ideas represented. 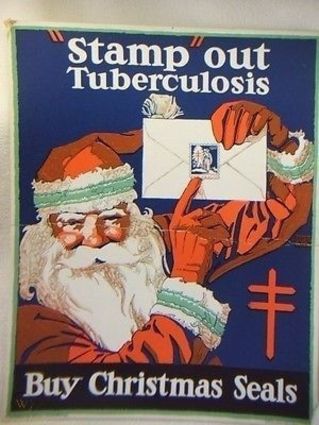 In 1969, the Woman's Club participated in the Lake Wales Christmas Parade. Mr. and Mrs. Arthur Baldwin represented the Woman's Club with their theme of "50 years 1919 to 1969", by riding in their gaily decorated 1919 Dodge car which was 50 years old.

Although the "Ghost of Christmas Past" formed the basis of Lake Wales' Christmas Celebration, the GFWC Woman's Club of Lake Wales has continued to honor the goals of the early pioneers by giving back to the community at Christmas time every year. They continue to strive to make our fair City warm and welcome to all who live here or pass through on their way to other destinations.