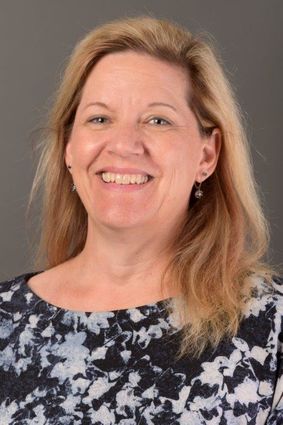 Lake Wales Assistant City Manager Kathy Bangley is asking city commissioners to eliminate the citizen-staffed Code Enforcement Board and Board of Appeals and turn their duties over to a special magistrate.

The change would require two public hearings to change city ordinances related to the boards. The first public hearing will be at the Jan. 7 commission meeting, which starts at 6 p.m. in the city municipal building.

The current ordinance calls for a Code Enforcement Board made up of seven city residents and says whenever possible the membership should include an architect, a business person, an engineer, a general contractor, a subcontractor and a Realtor. City staff bring cases of code violations to the board, which can levy fines and even approve demolition of unsafe structures.

The proposed change would turn the board's duties over to a special magistrate as of March 1. Bangley estimated a magistrate would be paid about $170 per hour.

City Commissioner Curtis Gibson, who served on the Code Enforcement Board before being elected to the commission, said he opposes the change. He said the city needs to do more to encourage citizen involvement and local people can better evaluate code violations brought before them.

"Serving on city boards is a great way to cultivate future leaders and to engage citizens in local government," Gibson said. "People living in Lake Wales better understand what their neighbors might be dealing with in efforts to bring property up to code."

In the agenda item Bangley said the Code Enforcement Board has struggled with quorum issues over the last several years, coinciding with additional staffing and a growing case load. She said staff looked at alternative methods in an "effort to provide the best citizen service possible."

"The direction of the code compliance division has also evolved in this same time frame. They have expanded from a focus on just the outside condition of a site to the overall maintenance of the property to include site and structures. This has led to a change in the complexity of some cases," Bangley wrote.

Bangley also is recommending eliminating the current CRA Advisory Committee, which met only once in early 2019, and replacing it with three advisory committees, one for each of the city's three Community Redevelopment Agency areas. She is proposing for the Lake Wales Main Street board to serve as the advisory committee for CRA-1 (downtown) and the newly formed Lincoln Community Development Corp. to serve as advisors for CRA-3 (northwest area.) An advisory committee for CRA-2 would be determined in the future. The committees would elect their own chairpersons at their first meetings in July, would meet no less than once per year and provide advice and recommendations as needed to implement the CRA plan adopted by the city commission, which functions as the city's Community Redevelopment Agency.

Lake Hamilton only used Polk County for Code Enforcement Official services. The town council approved the switch to Special Magistrate for hearings in 2016, due to the lack of volunteers and they felt it would be a more effective and efficient method for code enforcement. It sure has been.