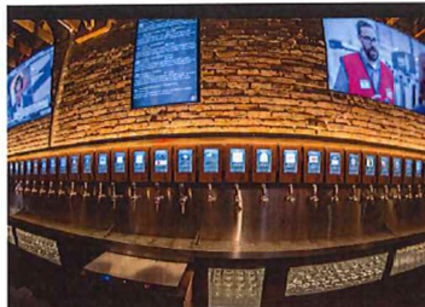 Picture of self-serve beer taps from The Ranch Taproom proposal.

Lake Wales Main Street Director Karen Thompson is so excited about the possibility of a tap room breathing life into downtown Lake Wales that she's asking city commissioners to allocate $100,000 in incentives for a proposed "specialty tavern" that would feature a self-serve, high-tech "beer wall" with 40 taps. That's half of what the city budgeted for incentives for the entire 2019-2020 year.

Operating as the city's Community Redevelopment Agency, the commission will consider Thompson's recommendation at a meeting at 6 p.m. Tuesday, Jan. 14 in the city administration building.

In their proposal requesting the incentives Kathy Garrett, a retired postmaster, and her daughter Jessica, a marketing executive, say they will offer a "constantly rotating lineup of premium, unique craft beer (bottle and tap), domestic beer, wine and nitro coffee for the discerning beverage connoisseur." They plan to decorate the 2,700-square-foot building at 247 E. Park Ave. with a rustic, southwestern style and use "I Pour It" technology, which allows patrons wearing tracking arm bands to select and pour up to 32 ounces of beer for themselves.

The incentive program originally was designed to attract food establishments and the city support was capped at $50,000. Distilleries and breweries also could apply. One grant of up to $50,000 already has been allocated to Melanie's Seafood, a 35-seat eatery set to open downtown at 120 Park Ave., the former location of Pedro's Deli and the Crazy Cuban. The commission as the CRA also will consider a proposal Jan. 14 to give up to $50,000 in incentives to the proposed Rose Bud Inn and Café at 215 Lincoln Ave., which will primarily be a food pick-up and carry out restaurant but will include an outdoor tiki garden with seating for 12. Her proposal says owner Peggy Jean Young Williams, a 1950 graduate of Roosevelt High School, brings extensive restaurant experience from family businesses that operated in the 1950s and 1960s.

Tiffany Davis, a retired Army veteran who cooked for thousands in the military, said she would be greatly disappointed if the city depleted its entire incentive budget on a taproom when she and possibly others have been working to establish restaurants downtown. She said she met with Thompson in September and hired a business consultant even though she's personally "business savvy." She planned to apply for the incentive in February and as early as March open a 100-seat "fast casual" restaurant that would feature a variety of cuisine, including vegan and vegetarian, and brunches on the weekend. She said she might not need the full $50,000 but that the incentive factored into her decision to locate the restaurant in the historic downtown.

"I'm not concerned just for me, but for others who might not receive the incentive," Davis said. "They said the cap was $50,000 and it was for food establishments and they should not be changing the rules."

The taproom will not distill or brew its own craft beers and only will offer snacks, so Thompson is asking commissioners to make a special exception to support the tavern with double the incentive due to its expected "higher customer volume, specialized equipment costs, unique design, and extensive renovations" with an overall project budget of $350,000. The Garretts' proposal says in addition to the city's $100,000, they will obtain an $80,000 mortgage and a $170,000 secured bank loan. The funds would enable them to spend $80,000 on property repairs and buildout – including a new roof - $50,000 for furniture and equipment, $53,000 for the I Pour It system and $27,000 in working capital. They project first year revenue of $687,540 and direct expenses of $425,020, including $120,000 in salaries for the Garretts.

Responding to an email question about doubling the incentive, Thompson wrote: "The craft beer industry has proven itself and 'poured' millions into local economies across the nation. It will provide our community with a local gathering place and turn the lights back on in downtown Lake Wales by bringing hundreds of people on a daily basis." 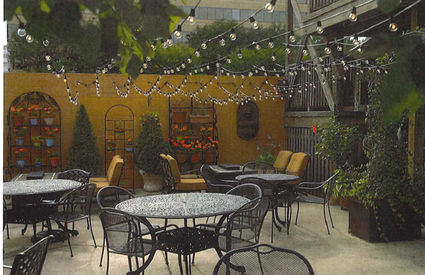 Sara Jones, president of the newly formed Lincoln Community Development Corporation that is working to bring business to the city's northwest area, said she takes issue with the proposed taproom incentive and is "deeply concerned" that Thompson wants to double the cap and throw out the incentive rules originally advertised to attract food establishments.

"While I agree that the taproom would generate business downtown, that belief should not allow for unequal treatment under publicly funded programs," Jones said. "Further, even if I were to agree that the taproom should qualify as an exception under the program, it is shocking that anyone would propose doubling the allowed incentive amount for any reason other than a single entity opening two establishments. There are no circumstances under which the cap on the incentive program, which was approved by an elected body, should be increased (and certainly not doubled), as an unwritten exception to the rules. This only intensifies my concerns about equal protection/access issues. The whole thing is deeply concerning."