Current City Attorney on Board for 26 Years 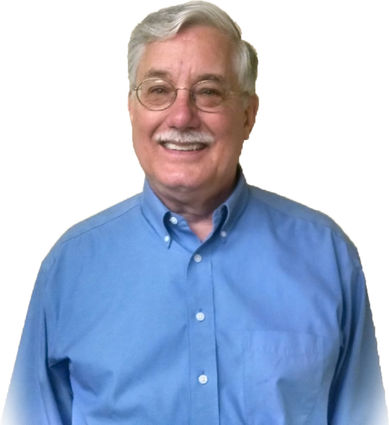 City Commissioner Curtis Gibson was in elementary school when Chuck Galloway became the Lake Wales city attorney 26 years ago. Gibson says it's time to at least consider whether the city might be better served by a new attorney.

During the commissioner comment time at the end of the Jan. 7 meeting Gibson made a motion to put out a request for proposals for legal services, and Commissioner Terrye Howell seconded the motion. Gibson said he would encourage Galloway to submit his own proposal.

But Deputy Mayor Robin Gibson, himself an attorney, said he would be more comfortable discussing the possibility if the proposal officially was placed on a future agenda. Commissioner Al Goldstein said he is open to entertaining attorney proposals, but "I didn't like the way it came up."

Commissioner Gibson first broached the idea a year ago but it didn't get any traction. He said he wanted the proposal considered again since the attorney's evaluation comes up in February.

Gibson's latest concern involved Galloway's direction to city staff in December to proceed with demolition of a house and apartment Greg Massey was attempting to renovate, which may result in costly litigation. Although the contractor had until mid-January to complete the demolition, the house was torn down the same day Massey attended a city commission meeting to ask for more time.

Galloway in a Dec. 6 email to city staff said the demolition should proceed because of the city's liability to the contractor. The city paid the $9,600 demolition bill and will attempt to collect from the property owners, but Curtis Gibson said a lawsuit Massey is threatening could result in a much greater liability. While the county lists the property's market value at $36,000, Gibson said it could have been far more valuable after Massey improved it and he also could sue for loss of potential rental income.

Commissioner Gibson said he is unhappy that the city attorney didn't communicate with commissioners, who might have been able to strike a compromise and avoid a lawsuit. Galloway said he didn't know at that time that Massey might sue, but Gibson said he should have anticipated the likelihood and held off on the demolition to protect the city. According to his invoices to the city, Galloway started working on the Massey issue Sept. 9, when Assistant City Manager Kathy Bangley informed him that he might be hearing from an attorney representing Massey, who was attempting to stop the demolition. Galloway advised Bangley that the issue should not be brought back to Code Enforcement as an agenda item "simply at the request of a new owner." On Nov. 21 he reviewed Bangley's notice to Massey that the demolition would proceed. On Dec. 5 he advised city staff that Massey's remodeling permit application could not be processed after entering into a demolition contract. On Dec. 6 he reviewed Massey's request to hold off on the demolition and advised city staff that "the City cannot simply cancel the (demolition) contract without possible liability to the contractor." On Dec. 19 he billed the city $256.69 for research to counter any potential claim filed by Massey. Since September Galloway has been paid a little over $900 for legal advice relating to Massey.

In addition to talking about Galloway's advice about the Massey demolition, Commissioner Gibson also brought up a lawsuit against the city in late 2018 by Aviator PPG at the airport over the city withholding public records. The suit was filed in September 2018, but commissioners were not notified until November. The ruling went against the city, and Aviator PPG settled for its $19,000-plus in attorney's fees, agreeing to forego a significantly larger award in exchange for future consideration and trying to maintain a good working relationship with the city. The amount the city paid Galloway for that litigation was not immediately available.

Galloway's current contract, in force since 2001, automatically renews each November with a 2.5 percent increase to his hourly rate. He is paid a $1,750 monthly retainer for attending meetings, reviewing ordinances and resolutions and doing basic research and offering telephone consultation to commissioners, the city manager and directors. Additional legal services are billed at a rate of $197.45 per hour. In addition to his $21,000 retainer, the city paid Galloway $46,025 for additional services last year and budgeted that same amount for the 2019-20 year, which started Oct. 1.

Galloway is under contract, not a city employee, so he provides his own office, equipment and basic supplies. The city also budgets $1,100 for his training, travel, lodging and meals at conferences.

Galloway did not respond to a request for comment about whether he would prepare a response if commissioners decided to issue a request for proposals.

In his February 2019 evaluation, Galloway got mixed reviews from the five commissioners. Regarding pending claims and litigation Commissioner Curtis Gibson and Deputy Mayor Robin Gibson rated Galloway unsatisfactory, Mayor Eugene Fultz and Commissioner Tonya Stewart said improvement expected and Howell gave him a meets expectation rating. Robin Gibson also noted improvement expected in the legal advice and communications categories, while Curtis Gibson rated Galloway as unsatisfactory for legal advice and improvement expected for public meetings and communications. He got ratings of meets expectation in 11 of 25 areas and only one above expectation, from Howell in the public meetings category.