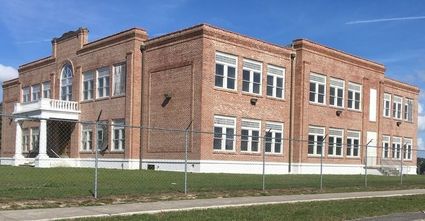 The Lake Wales Charter Schools are looking to breathe new life into the old high school complex by locating Bok Academy North on the site off Seminole Avenue.

Charter Schools Superintendent Jesse Jackson said his staff is working with Lake Wales City Manager Ken Fields and may have a proposal for the city commission at their next meeting as the Community Redevelopment Agency Feb. 18.

The charter schools approached the city two years ago asking for a donation of the school site, which wasn't do-able at the time because the property was owned by the city, which didn't have the authority to donate without considering competitive bids. Subsequently the city transferred the property to its Community Redevelopment Agency, which has more flexibility in disposing of property if it's deemed to be in the best interest of the public. City commissioners serve as the CRA board.

Jackson said the charter schools are obtaining an appraisal for the property to determine what they should offer to purchase it.

The property in question includes the old 1919 school building, referred to as Hardman Hall, the school cafeteria, the Kirkland gymnasium, the former elementary building now used by the Boys and Girls Club and extra land for parking. The old school band building, used by the Lake Wales Little Theater, is not currently part of the discussion, according to Deputy City Manager James Slaton.

"We're really looking at the whole property but we're not really interested in the theater," Jackson said, noting it wouldn't provide much classroom space and the 1919 building, also called Hardman Hall, has an auditorium.

Jackson said the charter schools would be resurrecting the plan they developed in 2017, with some modifications. When the property didn't change hands the charter schools lost a half million dollar state historic preservation grant to refurbish the cafeteria building.

"If we're going to relocate them we also want to be able to enhance the program if we can," Slaton said.

Bok Academy North is currently located at First Presbyterian Church and First Baptist Church, but those contracts will expire in June. Bok North needs to be able to accommodate about 600 students, since it will add a new class of about 200 6th graders to the 400 who will be 7th and 8th graders next school year.

Jackson said the charter schools have looked at several potential school sites, including some near the Eagle Ridge Mall north of town, but he would like to keep the school inside the city limits closer to where the majority of its students live.

"We're trying to keep it as close to the center as possible so kids would have easy access to walk there," Jackson said.

Speaking recently to Rotary on the Ridge, Bok North Principal Donna Drisdom said locating on the old school property could build support from people who have a sentimental attachment to the old high school, which closed in 1974. The main classroom building subsequently was destroyed by arsonists. Bok North would need to add modular classrooms and an administrative building, she said.

"We have a roll call of people who attended that school who are constantly talking to us about it," Jackson said. 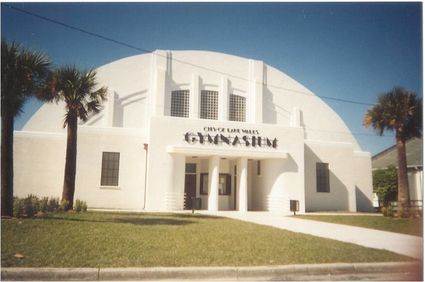 During the budget process last year Fields told commissioners he planned to put out a request for proposals to see who might be interested in purchasing the 1919 school building, including possible commercial ventures that would put the property back on the city tax rolls. Fields dropped that idea when the charter school system indicated renewed interest.

Since he serves as the legal counsel for the charter schools Deputy Mayor Robin Gibson will not be able to participate in the discussion or vote on the potential sale. So the decision will be up to the four remaining commissioners.

"I feel like we are doing what we should be doing as educators. We'll keep trying to make education better," Jackson said. "We have to provide the best education for children. The community has rallied behind this effort. Everybody should be thankful."