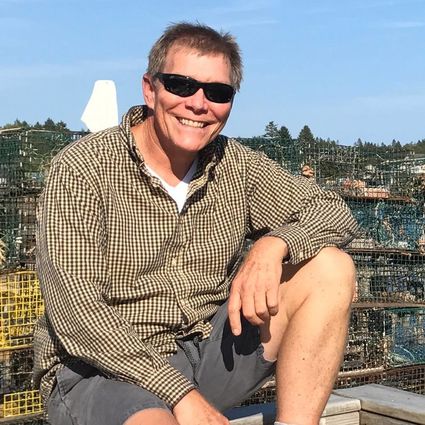 Lake Wales lost a special friend when Jerry Miller passed early in the morning of Feb. 24 after a lengthy battle with cancer. The community and government relations manager with what is now Duke Energy, Miller touched countless lives throughout Central Florida and left a lasting imprint.

Faith, family, friends and service were Miller's top priorities. His smile, some might call it an impish grin, lit up a room, and he loved to dance. The 61-year-old Miller fought cancer valiantly for more than six years, causing an active band of prayer warriors to rise up and praise God for perceived miracles when identified tumors seemed to just disappear. Eventually the cancer returned and spread, but Miller maintained his brave spirit and committed faith that gave him comfort about what his future held.

Miller was an active, lifelong member of First Baptist Church of Lake Wales and stayed connected with friends who came together as four-year-olds in their Sunday School class.

One of those classmates who remained a best friend for life was David Hall, who recalls the day Jerry shared the news about his cancer diagnosis and the two prayed for a miracle.

"Jerry told me that while he did not understand the hows and whys of what was happening to him the one thing he was certain of was that no matter what he was going to fight cancer and wanted to be an inspiration to others in the way he tackled it," Hall said. "And what an inspiration he has been. He never caved to self pity. He took no day for granted and he made the most of the time God allowed him to have on this earth."

Born at Lake Wales Hospital, Miller had a great love for his hometown. His dad was the local pharmacist and his mother was a strong Christian role model for Miller and his siblings, older brother Eddie and younger sisters Suzi and Terri. Miller and ex-wife Lori chose Lake Wales as home to raise their four sons, the eldest Matt, twins Hunter and Drew and youngest son, Sam. Matt and his wife Amy gave Miller his first grandchild, 5-year-old Reese, and Hunter and wife Jaryn produced Camellia, granddaughter number two, just a little over a year ago. The joy of being a grandfather was evident in photos of Miller with the girls.

Miller played on the baseball and tennis teams at Lake Wales High School, where he graduated in 1976, and remained active in sports until he could no longer play competitive tennis. Kathy Houpt remembered playing tennis with Miller at the Lake Wales Country Club: "We had so much fun, he was without a doubt the best cheerleader. He'd cheer when you hit a good shot, and he'd say something encouraging when you missed. He was a great father and wonderful friend. Truly an inspiration to all who knew him."

One of his high school classmates, Lake Wales City Commissioner Terrye Howell, said she will miss her dance partner and bowling champion who was "just full of love." She said Miller was like "the governor of Lake Wales," a good father, honest, friendly and full of life.

"He just loved everyone and everyone loved him," Howell said. "He kept our class together like glue. He was our rock in our class, just lovable. When I'd see him I just hugged him and we both started to laugh. We didn't have to say a word."

After earning his bachelor's degree in business administration at the University of Florida, Miller returned to Lake Wales to begin his career with Florida Power Corp., later Progress Energy and then Duke.

Miller was a two-time president, now called chairman of the board, for the Lake Wales Area Chamber of Commerce and was named Lake Wales Citizen of the Year in 2012. He was a charter member of the Lake Wales Breakfast Rotary Club and served on the boards of the Lake Wales Care Center and Lake Wales Charter Schools. A confident speaker, Miller often was called upon to bring polish and humor as emcee of various chamber and community events.

"Jerry Miller has been a great friend, an incredible supporter and board leader for Care Center ministry and a remarkable advocate and ambassador for his hometown, the City of Lake Wales," said Care Center Executive Director Rob Quam, a close friend and spiritual adviser to Miller. "He had an infectious spirit full of energy and enthusiasm for anything he was involved in."

Beyond Lake Wales Miller served as president of the Central Florida Development Council and on the Boards of the Polk State College Foundation and Polk Museum of Art. He also was active in organizations in Lake and Highlands counties, which were part of his Duke Energy territory.

"Jerry was the quintessential community leader. I am a better leader because of my interactions with him," said Deric Feacher, former city manager of Winter Haven and current City Manager of Haines City.

Miller once told a reporter he didn't understand people who didn't volunteer and to him giving back was "contagious."

Miller had a special connection with Polk Education Foundation Executive Director Susan Copeland, who like so many others is feeling a profound loss.

"Education was a priority for Duke Energy, but also for Jerry," Copeland said, noting for 15 years Miller not only advocated to get funding for classroom grants, but took the time to participate in the selection process. "I do think he thoroughly enjoyed being part of the process, reading what schools and classrooms were doing. He didn't have the time, but he took the time. He was thoughtful, special."

Copeland said Miller worked hard to minimize the East-West split in Polk County and volunteered in countywide organizations because "he saw the bigger picture."

"He was just a kind soul, and when you were around him you felt you could be a kind soul, too," Copeland said.

Miller is survived by his four sons, Matt (Amy), Drew (Lisa), Hunter (Jaryn) and Sam and two grandchildren Reese and Camellia; brother Eddie and sisters Terri Miller and Suzi Thornhill and several nieces and nephews. He also leaves behind Janet Bolivar, a special friend who has been at his side for the last several years.

Visitation will be held from 10 a.m. until the funeral service at 11 a.m. Friday, Feb. 28 at the First Baptist Church of Lake Wales with Rob Quam and Dr. Scott Markley officiating. Interment will follow at the Lake Wales Cemetery.

In a 2015 newspaper interview Miller summed up his life's mission: "I like to make people smile and in the end to have no regrets.″

The many who were fortunate enough to know Miller will celebrate a life well lived, and hopefully with no regrets. 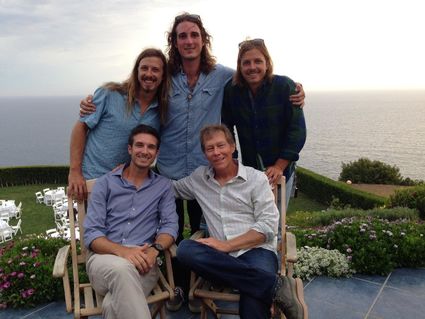 EDITOR'S NOTE: I had the great privilege to have known Jerry Miller for more than 47 years, first meeting him in our church youth choir. He was 3 years younger so I kind of viewed him as a mischievous whipper-snapper. We reconnected when I returned to Lake Wales in 2002. As Chamber of Commerce President he recruited me onto the Chamber Board and gave me one of the first President's Awards for service, then talked me into becoming president myself. I cherish the memories of meeting him for lunch just to catch up. When I ran (unsuccessfully) for political office he bucked his friends, who were supporting my opponent, and publicly backed me, noting friendship was more important than politics. Our world is certainly a better and more beautiful place because Jerry Miller lived in it. Like so many others today I feel a hole in my heart, but since we shared the same faith, I know there's been a celebration in heaven (with lots of dancing) and we will meet again someday.