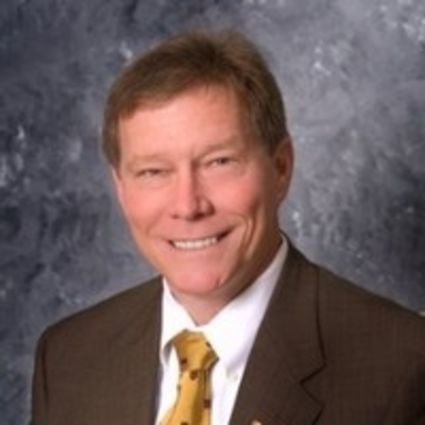 Jerry Miller, 61, of Lake Wales passed Monday, Feb. 24, 2020 at his residence surrounded by his loving family.

He was born December 25, 1958 at Lake Wales Hospital to the late Clarence and Helen Miller; he was a proud 5th generation Floridian and lifelong resident of Lake Wales.

He had a great love for his hometown. Miller played on the tennis and baseball teams at Lake Wales High School, where he graduated in 1976, and remained active in sports until he could no longer play competitive tennis. He was an active, lifelong member of First Baptist Church of Lake Wales.

After earning his bachelor's degree in finance at the University of Florida, Miller returned to Lake Wales to begin his career with Florida Power Corp., later Progress Energy and then Duke. Jerry was a two-time board chair for the Lake Wales Area Chamber of Commerce and was named Lake Wales Citizen of the Year in 2012. He was a charter member of the Lake Wales Breakfast Rotary Club and served on the boards of the Lake Wales Care Center and Lake Wales Charter Schools. A confident speaker, Miller often was called upon to bring polish and humor as emcee of various community events.

Beyond Lake Wales, he served as president of the Central Florida Development Council and on the Boards of the Polk State College Foundation and Polk Museum of Art. He also was active in organizations in Lake, Highlands and Hardee counties, which were part of his Duke Energy territory.

In 2010 he won the top prize in the Stepping Out for Education dance competition to support the Polk Education Foundation. While he was involved with many nonprofits and awarded hundreds of thousands in grants from the Duke Energy Foundation, he remained very involved with the Polk Education Foundation. In May 2015, Polk Vision presented him with the Spirit of Leadership Award for his work with the Foundation. He won many other accolades over the years, but he will also be remembered for the teams he coached, games he umpired, charities he helped and the incredible impact he had on so many peoples' lives.

Survivors include his four sons, Matt (Amy), Drew (Lisa), Hunter (Jaryn) and Sam and two grandchildren Reese and Camellia; brother Eddie and sisters Terri Miller and Suzi Thornhill and several nieces and nephews. He also leaves behind the mother of his children, Lori and his partner, Janet Bolivar, a special friend who has been at his side for the last several years.

Visitation will be held from 10 a.m. until the funeral service at 11 a.m. Friday, Feb. 28, 2020 at the First Baptist Church with Rob Quam and Dr. Scott Markley. Interment will follow at the Lake Wales Cemetery.