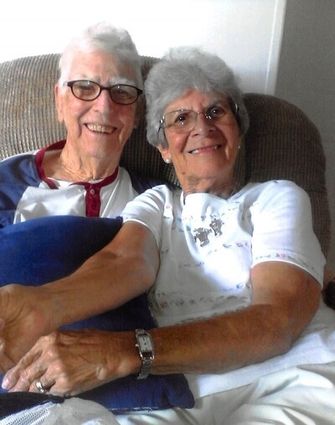 He was born February 9, 1932 in Newburgh, NY to the late John Findley and Mary (Green) McBride and was raised by James McBride. John worked as a salesperson at Sears. He was a veteran of the Korean War, serving in the Army.

John was preceded in death by his sister, Jean Paquette.

He is survived by his wife of 64 years, Millie Findley. Their 65th wedding anniversary would have been on June 11. He is also survived by daughter, Jeanette Kovacs (Mark) of Shelton, CT; sons, John P. Findley (Lori) of Derby, CT, Daniel Findley of Marietta, GA, and James Findley (Barbara) of Stratford, CT; sister, Faith Doran of Stratford, Connecticut; seven grandchildren; and two great-grandchildren. He was also loved by many nieces and nephews.

The family will receive friends from noon to the 1 p.m. service time Thursday, May 21at Marion Nelson Funeral Home in Lake Wales.