Cut from a Different Cloth 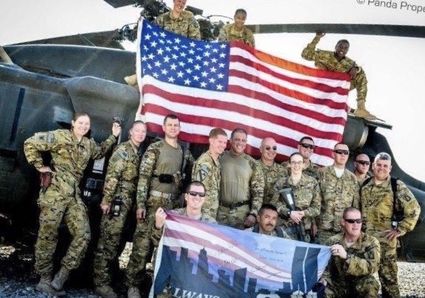 Greater love has no man than this, that a man would lay down his life for his friends. John 15:13.

Memorial Day is a day to remember all those who have made the ultimate sacrifice while serving their country.

Those who serve are certainly cut from a different cloth and while I was at the Lake Wales History Museum today, I decided to go and actually read the plaque that has been there for, well, I don't actually know how long it has been there. What is says is, "BLUE STAR MEMORIAL HIGHWAY A tribute to the Armed Forces that have defended the United States of America."

In smaller letters at the bottom it says, "Sponsored by The Garden Club of Lake Wales in cooperation with the City of Lake Wales."

I also noticed it was in the center of a few flowering bushes in a small park area along side Scenic Highway and just to the north of the Lake Wales History Museum. There is a nice place to have a picnic and I have noticed people eating lunch there more that once. I would think it would get a little loud if a train came by but other than that it seems like a nice place to sit and enjoy lunch.

Curiosity had gotten the best of me so after I took a few pictures of the plaque, I googled Blue Star Memorial and a great article form the official blog of the United States Department of Veterans Affairs came up at blogs.va.gov

The article says, "Its history dates back to World War II; its legacy has roots in President Abraham Lincoln's Gettysburg Address." The signs can be seen along the highways and small road across the United States but how often do we stop to understand just what these signs represent? The signs are typically surrounded by a garden with trees and flowering plants because it is a project of the National Garden Clubs, Inc., of which the Florida Federation of Garden Clubs is a member.

The article also says, "there are miles and miles of Blue Star Memorial markers across America today. The program is a living tribute to the men and women who served in the Armed Forces. What began as an idea in 1944 in New Jersey, grew in the 1980s into a flowering tribute in public parks, civic and historical grounds. In 1996, the Blue Star designation was extended to the hallowed grounds of the VA's National Cemetery Administration."

My daughter knew she wanted to go into the military by the time she was in second grade. Perhaps it was because she was born at Camp Lejeune, North Carolina to a father who had just recently returned from the first Gulf War or because she was enamored by those who served in the armed forces like both of her grandfathers. I don't really know; I just know she lived her young life knowing she would serve one day.

She made the decision to go to Summerlin Military High School in Bartow. She called me from school one afternoon when she was in eighth grade excited about a meeting happening that night in Bartow. She asked if we could go. It was about a new high school they were starting with a military focus. We went to the meeting and she was hooked.

This was to be a high school with a military focus with electives like equestrian, scuba diving, martial arts training and foreign languages such as Japanese, Korean, Chinese, Arabic and Russian. I was amazed at her willingness to leave Lake Wales and her position as the starting goalie on the varsity soccer team, but she said, "Mom, this is the best opportunity I have ever had." How do you argue with a 14-year-old who says that? We registered her to attend Summerlin the next year.

To go to Summerlin Military Academy, she had to get up at 4:30 a.m. every day, put her uniform on, her hair up and carry a bag with books, Kendo gear, soccer uniforms and cleats. The bags were so heavy, I could not lift them. The bus was at our house at 5 a.m. She did this for two years until she could drive.

Her hard work and determination paid off. She took Kendo Japanese sword fighting, self-defense and learned Jiu jitsu, competed on the JROTC team, played varsity soccer, took Japanese and Russian as her foreign languages, and graduated with high honors. Most who attended Summerlin were the best of the best and I believe the students who attended the International Baccalaureate program at Bartow High School were a bit jealous.

Knowing she would go into the military one day didn't make the drive to the recruiter's office any easier for me when she was in 11th grade. My palms were sweating, and I was nervous. She decided to go into the ARMY since there were more opportunities for her there. She was able to secure the intelligence position she wanted but that dream died during one of her last soccer games when a girl from Lakeland was trying to stop her from scoring and came in on her cleats up. She would not allow her coach or I to take her to the emergency room and simply taped the injury so she could keep playing. The injury caused her not to be able to go to the Military Entrance Processing Station and her dream shifted to a different position. Erika was assigned to a medivac unit in Clearwater, FL. 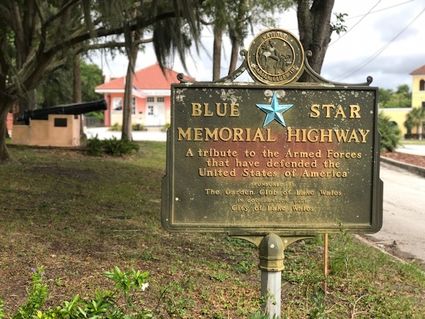 Erika chose to attend North Georgia College and State University as a cadet - one of the six military colleges. She was a semester behind after basic training and Advanced Individual Training. She still came home to train with her unit each month.

Then her Reserve unit got called up to go to Afghanistan and she had a decision to make; stay in school or go with her unit. School officials told her they could get her out of her duty since she was in college, but her answer was, "I have trained with my unit for just such a time. I will not let them down."

Cut from a different cloth.

I could not be prouder to be the mother of a veteran.

Thank you to all the men and women who have served in the armed forces.