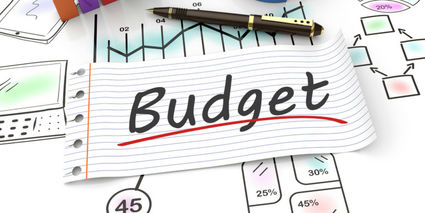 Lake Wales Finance Director Dorothy Abbott tried to calm commissioners' fears at the first 2020-2021 city budget workshop June 3. She said she's been preparing city budgets for 19 years and if she's not panicking over the likelihood of reduced revenue, neither should they.

"Everybody just stay calm, tell us what you would like to see and trust your staff to bring back a budget document," Abbott said. "If I'm not too worried yet, please don't be too worried yet."

Abbott said she expects decreased revenue for probably the next two years before the economy reaches a "new normal." Growth the last five years or so allowed the city to take on new projects, add staff, and spend more, so Abbott said "there's plenty of room in the budget for cuts, deferrals if we need to."

Commissioners all expressed support for taking a conservative approach for the 2020-2021 budget, which takes effect Oct. 1, and they discussed possibly dropping the local property tax rate to the "rollback," the millage rate that this year is expected to generate the same amount of revenue as last year.

Mayor Eugene Fultz called for going to the rollback rate, noting "The higher that rate goes the more it discourages business and discourages new citizens moving into the Lake Wales area." The only thing on Fultz's budget wish list were back-to-back screens for the commission chamber so commissioners could also see what the public viewed on the large screen behind them.

Deputy Mayor Robin Gibson said just keeping the millage rate the same would be a "magnificent achievement" and he expects "nothing new and different" for the next budget year. As chairman of the city's Community Redevelopment Agency, Gibson is spearheading an ambitious downtown redevelopment plan, but he said any major expense would come after another year of planning. Gibson said he would like to see the city possibly obtain a 20-year fixed rate loan this year for future projects to take advantage of current low interest rates. He called for a rotating five-year plan to implement the Dover Kohl redevelopment initiative, which he said would build pride, economic well-being and would "set this community apart."

"The CRA, properly used, is a genius mechanism that pays for itself because if the plan is a good plan and it's done in chronology properly and the market responds then you have the growth in increment that pays for the improvements. It is designed to be self-funding," he said.

"Do not purchase anything unless it is essential to the health and welfare of our citizens," advised Commissioner Terrye Howell. "I know we have to purchase some things, I get that . . . I don't think we're doing wish lists this year."

Commissioner Al Goldstein said he is concerned about a potential revenue shortfall that could reach $1 million, but he still would like to see the city increase the police budget to hire more minorities.

"I think rather than a magnifying glass we need an Aladdin's lamp. I stopped making wish lists when I was 13 years old and most of my wish lists never came true," Goldstein said, noting instead of wishing he preferred to just get things done.

Christopher Lutton, who served on the city commission from 2012 to 2016, encouraged commissioners to consider even further cuts to the millage rate and staffing. He said the city has been in its "hey day," adding 20 new positions since he left office four years ago. The city had 177.5 employees in 2016 and 198 this year. Lutton also urged commissioners to move slowly before increasing the city's debt.

"I would request you get a real budget, actual cost of debt service before making a decision," Lutton said. "It's just about business, what we can afford. We can't bury our current tax base with heavier burdens."

Commissioners will hold budget workshops in July and August before adopting the budget after two public hearings in September. The city's $55 million budget for 2019-2020 includes $16 million in capital projects and a tax rate of 6.9339, or about $6.93 per $1,000 of taxable property value, down about 11 cents per $1,000 from the previous year. In addition to the budget, each year the city adopts a five-year capital improvement plan.

Abbott encouraged commissioners to bring forward their priorities sooner rather than later so staff could create a workable spending plan.

"We're going to find a way to make that magic happen for you," Abbott said.