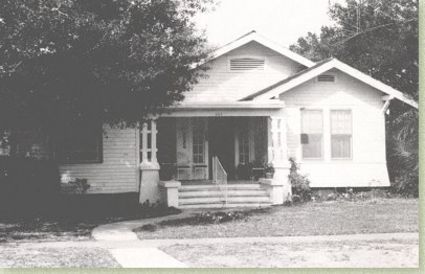 Lake Wales city officials are hoping the state will help provide funding for needed repairs at one of the city's most historic structures.

The Historic Stuart House on Central Avenue near downtown was damaged in 2017 when Hurricane Irma swept through the city, according to Lake Wales Museum Director Jennifer D'hollander. She said temporary steps to mitigate damage to the roof of the house were undertaken then, but that long term repairs are still needed.

"Rehabilitation is now needed to permanently replace and repair all interior and exterior wood features to protect the building from water intrusion, which is continuing to cause damage to the structure," she noted. "The Historic Stuart House is the only public historic house museum in Lake Wales, and as such provides a direct connection for visitors to the town's pioneers and founders. It connects the personal story of Mr. Stuart, his family, and his fellow town leaders of that time with today's residents. The Historic Stuart House is representative of the life and times of those who shaped our town, and the architecture that forms the landscape of our historic district."

City commissioners have given the green light to seek a state grant totaling $77,792, an amount the city would then have to match if its application is approved.

The match would not have to be included in the upcoming 2020-21 city budget, but rather included as part of a 2021-22 spending plan. Commissioners expressed concerns about potentially having to accept the grant in the coming budget year, which runs from Oct. 1, 2020 to Sept. 30. 2021, given current budget uncertainties given the Coronavirus outbreak.

"The costs of the repairs were so large relative to the value of the house, that's one of the reasons it's got to the place it is right now," City Manager Ken Fields said. "This grant reduces the city's contribution to restore it significantly which now is what makes this a worthwhile project. And, if for any reason financially we don't want to go forward, we can just reject the grant if it comes in."

The grant would come from Florida's Department of State, Division of Historical Resources. Fields also said he it was a possibility that Community Redevelopment Agency funds could be used as part of the city's match.

The house was first constructed in 1920, and was gifted to the city and moved to its current location in 1994 under the care of the Historic Lake Wales Society. The home was restored by that group in 1996 with help from an historical preservation grant from the state of Florida.

At that time front and back porch structures that were not original to the home were removed, and an ADA ramp was installed, D'hollander indicated. Termite remediation was also conducted last year.

A pair of offset gable roofs with decorative eave brackets distinguish the design of this bungalow located at 300 E Central Ave.,a favorite building style of the American middle class from about 1905 to 1920. A founder of Lake Wales, E.C. Stuart, originally owned this house. The house also is called the Stuart-Dunn-Oliver House; the Dunns were relatives of the Stuarts and the house also was owned by longtime Polk Avenue Elementary principal Dorothy Oliver.

"I'll be a strong advocate for this," Commissioner Robin Gibson said, adding that he would make a personal donation to the project if the application is approved. "I'm elated to see that if this grant comes through the city gets a 50 percent reduction on the costs of renovating this very important structure. And if there's private money that can be added to this, the reduction is greater than 50 percent."

Calling it "charming," Gibson noted the house is in a strategic spot, near other historic houses built by the city's fathers, and right across the street from the historic downtown business district as well.

"This building is really the only connection for people in Lake Wales to the Stuart story. And through that, other stories of other pioneer families in the area would be told," D'hollander added.