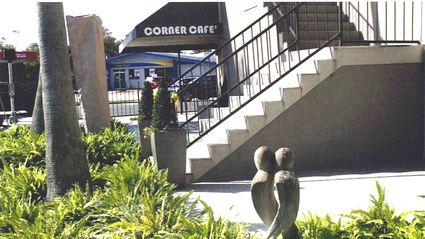 The Lake Wales City Commission, in its role as the Community Redevelopment Agency, will consider at its July 14 meeting offering $150,000 in incentives for two proposed downtown restaurants.

James Ellis of Ava Properties in Heathrow is asking for a $100,000 grant - double the amount specified in the city's restaurant incentives program – to help him fund the Corner Café at One Scenic Central, a combination coffee shop and fine dining restaurant. His company purchased the two-story, 17,460-square-foot One Scenic Central building in 2013 for $252,500, and did major exterior renovations in 2018 and 2019.

Lake Wales resident Tiffany Davis and her father Kevin are requesting a $50,000 grant to help fund Wales Pointe, a 75- to 100-seat restaurant offering new American cuisine at 207 E. Park Ave. downtown, the site of the former Tres Jolie. Both Davises are military veterans and Tiffany cooked for large groups while stationed in South Korea. They plan to offer sandwiches, homemade chips, wraps, craft beers and other simple foods, along with weekend brunches and Sunday beef barbecue ribs.

The city to date has awarded three incentive grants of $50,000 to restaurants, two on Lincoln Avenue and one on Park Avenue downtown, and one of $100,000 to a proposed taproom on Park Avenue, with a high tech beer wall with 40 taps.

In his application, Ellis pointed out that the intersection of Scenic Highway and Central Avenue has 17,400 vehicles per day. He said when he purchased the building in 2013 it was a "rapidly decaying eyesore located on the busiest and most highly visible corner of downtown Lake Wales," casting a psychological shroud of "despair, economic doom and gloom and inevitable/pending collapse."

"The One Scenic Central Building was almost like a prototypical decrepit 'haunted house' that causes people to clinch their jaw, look straight ahead ad drive a little faster to get away from as quickly as possible. He said the improved property and high end restaurant, with an outdoor seating and a possible fountain, would be an attractor for other downtown investments.

In his application Ellis said his total project costs exceeds $500,000, but the spreadsheet he provided listed $54,000 in furniture and equipment already purchased plus another $163,000 dependent upon the grant. The application included details and photos of the stucco and other exterior renovation that Ellis invested in 2018 and 2019, prior to the restaurant incentive grant program's creation. Commissioners will need to decide whether they want to approve the $100,000 or just $50,000, with the remainder kept in the CRA Trust Fund for possible future grants. 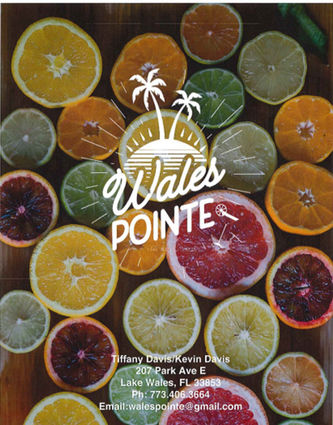 Also at Tuesday's CRA meeting, commissioners will consider designating CRA funds to match the $29,705 raised in private funds by the Lake Wales History Museum to restore the old yellow Seaboard Air Freight Station for use as the Mimi Hardman Collections and Research Center.

The Commission also will be asked to approve use of CRA funds for a police community liaison officer and a CRA coordinator for the Northwest community. The cost for the remainder of this year would be about $26,000 but the full annual cost for 2020-21 may reach $150,000 for salary and benefits.