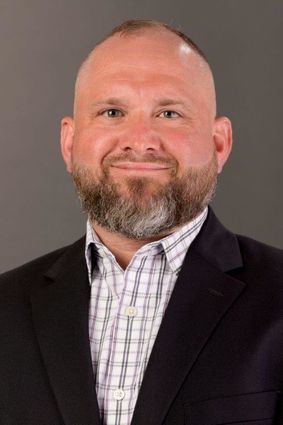 Lake Wales commissioners are hitting the pause button on their search for a new city manager.

Interim City Manager James Slaton will stay in that position while a new 2020-21 budget is being crafted this summer. The new spending plan must be in place by late September, with the Lake Wales fiscal year beginning Oct. 1.

Commissioners heard from Ken Parker – a senior advisor from the Florida City-County Management Association -- during a July 1 workshop, who said it wouldn't be unusual to allow an internal manager candidate a probationary period of time to see if that person might indeed be the best fit for the job, thereby forgoing the need for an extended and wide-ranging search process.

He said the time frame current Lake Wales commissioners were discussing was about right.

"Normally we see that happening within a three month to six month period," Parker added. "Then both of you come to an agreement, 'is this a good for both of us?' I know James has done a great job for you in his role as assistant, now as the interim, but there may come a point when he might say, 'well, this is not exactly what I thought it was,' and you may say 'well, this isn't exactly what we thought it was.' But we've seen cities do that, and they have delayed the search process in order for both parties to determine if that's what they want to do with their next step."

Commissioner Curtis Gibson has advocated for an opportunity for Slaton to prove himself on the job.

"If we do have someone possibly at the table who could take over, and before we initiate any money being invested in this search, I would like to see a probationary period," he said.

Parker was meeting with commissioners because the FCCMA could possibly assist if a search is eventually launched. He has over 35 years' experience as a city manager, including his last 28 as the manager of Port Orange, FL. He recommended the city not solicit any resumes during the probationary period.

"If you go out and they think you're just fishing, and you say, 'yes, there is an internal candidate,' it's my experience some of the better candidates will not apply," Parker said.

"When you've got an interim, you're not going to get as strong a field as you would otherwise get," he said."We don't need to disturb anything until we get the budget, and then when we get the budget done, we take a real serious look at this position."

Commissioner Terrye Howell, who also has consistently advocated for a probationary period for Slaton, said the timing of the search shouldn't matter much.

"We'll still have people that will want to come here, if it's in nine months or two years. That will not make a difference if you truly want to come here," she noted. "I think right now we should just wait until our budget is over before we start committing (search) money to something we might not use."

The city's previous manager, Ken Fields, resigned from his post June 2, with Slaton, the city's deputy city anager, promoted to the position on an interim basis at that time. Slaton has worked for the city for the past 17 years.