Commissioners in Split Vote Reject Raises for Themselves 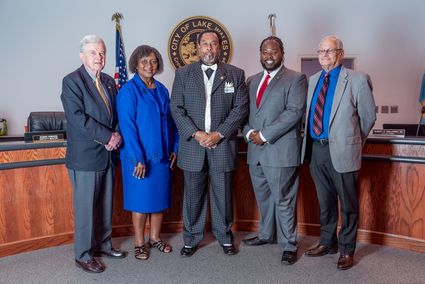 Although it would only cost about an extra $8,300 for the year, the Lake Wales City Commission in a split vote decided not to approve a potential 30 percent salary hike for themselves that would have taken effect next May.

“It’s certainly deserved but to do it now it just doesn’t look right,” said Deputy Mayor Gibson. “I personally think the timing is bad. People are losing jobs, they can’t make medical bills and everything else.”

Interim City Manager James Slaton brought forward comparative salaries with other cities and a formula based upon the size of their annual budgets. The proposal would have raised Lake Wales commissioner salaries to $6,323 and the mayor’s salary to $9,485 - 50 percent higher than the commissioners as set by city ordinance.

Goldstein said since he assumed office in May 2019 the number of commission meetings has more than doubled. Commissioners are now holding agenda workshops the week before each commission meeting, and often have separate meetings as the city’s Community Redevelopment Agency.

Commissioners have the power to raise their salaries, but any action must be at least six months prior to the city election, so the window for the coming year closes this October. Any raises take effect in May after the April election.

Thank you Commisssioners. If only we could get this kind of fiscal responsibility in Congress.