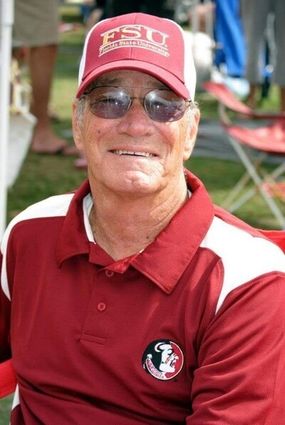 Grady Lawrence Singletary, 82, passed away peacefully at home on Aug. 10, 2020 after a long battle with cancer.

He was born in Blakely, GA on Jan. 17, 1938. He moved to Lake Wales in 1950 and worked for GTE Telephone Company until he retired in 1990. He was a member of the National Guard and served for 9 years. He owned a landscaping company, Grady's Landscaping, and eventually retired from that in 2011.

Grady enjoyed NASCAR, FSU football and playing with his great-grandchildren Brantley and Braylee. He was a strong faithful man and devout Baptist. He was a deacon at West Side Baptist Church in the 1960s.

The family would like to recognize the devoted hard work and support shown from Ann Newman for many years.

The family will hold a graveside service at 10 a.m., Friday, Aug. 14 at Lake Wales Cemetery with Rev. Billy Anderson officiating.

Due to CDC recommendations, anyone attending the service is asked to wear a mask and socially distance themselves.