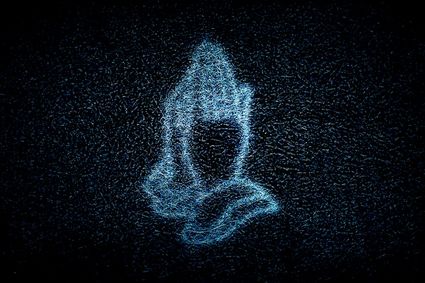 After hearing a national organization might file a lawsuit, Lake Wales City commissioners Aug. 18 paused their plans to adopt guidelines for invocations before meetings .

Commissioners had decided in workshop session a week earlier to appoint Dr. James Moyer as the city's official chaplain and fill in themselves with invocations in his absence. Since 2009, Moyer, a retired minister of higher education and chaplain for the Polk County Sheriff's Office, has been the primary person offering invocations at Lake Wales City Commission meetings.

Shortly before their meeting the city received a letter from Chris Line, staff attorney for the Freedom From Religion Foundation, asking them to either end invocations before meetings altogether or replace them with a moment of silence.

"Prayer at government meetings is unnecessary, inappropriate, and divisive. The best solution is to discontinue invocations altogether," Line wrote. "Lake Wales City Commissioners are free to pray privately or to worship on their own time in their own way. They do not need to worship on taxpayers' time."

City Attorney Chuck Galloway cautioned commissioners the city is now on the radar of a national organization that could mount a legal challenge to the city's proposed ordinance. Galloway said he believed a defendable policy for invocations could be adopted, but he would advise using a volunteer minister from a rotation list in Moyer's absence, rather than the mayor or a commissioner filling in.

That's the system Galloway originally recommended before Deputy Mayor Robin Gibson, himself a lawyer, suggested keeping the past practice of commissioners doing invocations in Moyer's absence was a better option to avoid litigation.

Commissioners Al Goldstein said he was not one to back away from a fight or be scared by a threat of a lawsuit, but he thought the city should at least consider the moment of silence option, along with the list of local volunteer ministers. Commissioner Terrye Howell said she liked the idea of rotating ministers but agreed the moment of silence should at least be discussed.

The invocation issue was brought to the forefront after Sarah Ray with the Atheist Community of Polk County volunteered to do an invocation at the commission's Aug. 4 meeting. Goldstein and Commissioner Curtis Gibson left the room and about 30 people gathered outside to pray while Ray was speaking.

At Tuesday's meeting Ray objected to the proposed "CYA" invocation policy and asked commissioners to embrace the city's diversity and be more inclusive by communicating that "all are equal and welcome." "To be an atheist is to be a minority in this county," said Ray.

Charlene Bennett told commissioners she is among the estimated 40 percent of the citizens of Lake Wales who are not Christians and she feels disrespected by the commission.

Commissioners tabled the proposed invocation policy ordinance to have more time to think about the issue and discuss it at a future workshop.

Exactly why the country and world is in such a mess today. We have allowed certain people or groups to tell us what we can do and we have allowed them to remove or block anything good.

Once upon a time we took our kids to church and sunday school. Then they went to school on monday and heard a prayer, they went to sports events and heard prayers, and they went to gov't functions and heard prayers. This showed them that our institutions were supportive of family values. Through a wrongful interpretation of the first amendment certain narrow minded groups are out to destroy all this. I fail to understand why this attack on the American family