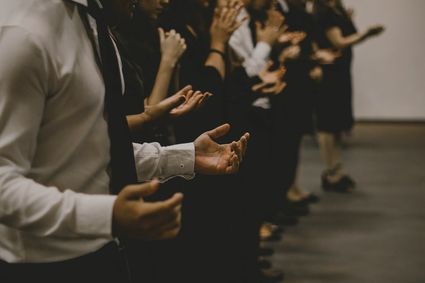 Lake Wales Deputy Mayor Robin Gibson said he would prefer city commission meetings begin with a moment of silence, but the mayor and other commissioners agreed at their Sept. 2 workshop to go forward with a new invocation policy that appoints an official chaplain and sets up a rotation list of local clergy volunteers when he is not available.

Commissioners will consider adopting a resolution formalizing the new policy at their Sept. 9 meeting. The resolution appoints Dr. James Moyer, who has been giving most of the city's invocations since 2009, as official chaplain. In the past the mayor or a commissioner has given the invocation in Moyer's absence.

City Attorney Chuck Galloway recommended the rotational list of ministers as backup to Moyer, saying it would be similar to what the city of Lakeland does, a practice upheld by the U.S. Court of Appeals for the 11th Circuit when that city was sued by the Atheists of Florida.

The Lake Wales practice and the need for a formal policy came into question when Sarah Ray from the Atheist Community of Polk County volunteered to give an invocation at the commission's Aug. 4 meeting. City Clerk Jennifer Nanek said she had no basis for denying Ray's request. About 30 Christians gathered outside the city building to pray while Ray spoke and several people expressed opposition.

Galloway said he was comfortable the city could defend the proposed policy: "I don't think there can be a challenge raised that what is proposed here is purposefully discriminatory."

Commissioners at their Aug. 18 meeting delayed consideration of a policy that basically held to their past practice when shortly before the meeting the city received a letter from Chris Line, staff attorney for the Freedom From Religion Foundation, asking them to either end invocations before meetings altogether or replace them with a moment of silence.

Deputy Mayor Gibson said there was really no way to avoid any legal challenge: "Anybody can file an action if they are willing to pay a filing fee. The best disincentive for filing an action is 'you're going to lose, why do it?'" He said opening the invocation up could create more problems and while he would prefer the moment of silence, "I'll go with the flow as long as it's very defensible and a disincentive for filed action."

Galloway's draft policy included a process for the city clerk to notify local religious leaders annually of the opportunity to volunteer "to offer the invocation according to the dictates of your own conscience. To maintain a spirit of respect and ecumenism, the City Commission requests only that the prayer opportunity not be exploited as an effort to convert others to the particular faith of the invocational speaker, nor to disparage any faith or belief different than that of the invocational speaker."

Nanek would create the list of volunteers on a first-come, first-serve basis, and reach out to the next minister on the list when Moyer is unavailable.

Galloway's draft proposal included clergy from Lake Wales and Polk County, but the commissioners agreed they wanted to limit it to those ministering within the greater Lake Wales area, whose organizations were located within one of the three local zip codes.

The proposed policy says invocations will be before the official meeting begins "so that it may be clear the prayer is not considered a part of the public business" and no city employees would be required to participate in any prayer that is offered.

If the scheduled invocation speaker doesn't attend the mayor may ask for a volunteer from the audience.

The resolution includes references to various court rulings that have upheld the right of public bodies to open their meetings with prayer to solemnize their proceedings and "invoke divine guidance."