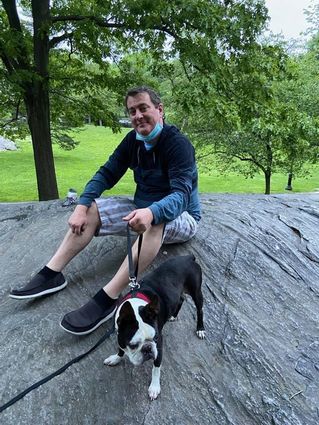 He was born Nov. 3, 1975 in Bartow and spent his entire youth in Lake Wales. He graduated from Lake Wales High School then went on to graduate from Culinary School in Lakeland. His love of cooking was a passion of his and it travelled with him wherever he went.

Walt loved his family and friends and had a dry sense of humor that would send everyone into hysterics. Walt lived a life that many only dream to wish, one in which that was paved with independence and authenticity. He is loved, missed, and never to be forgotten.

Walter was preceded in death by his father, Ross D. Williams, and his brother Jared M. Williams. He is survived by his sweetheart, Katie Azadian of Manhattan, NY, his mother, Jerrie Anderton Williams of Lake Wales, brothers Ross Williams (Ginger) of Rohtner Park, CA, Kevin Williams, Joseph Williams (Noelle) of Waverly, Andrew Williams (Holly) Colorado Springs, CO, and his sister, Corey Williams of Lake Wales, and 17 nieces and nephews. Also, he is survived by his loving dog, Marvin.