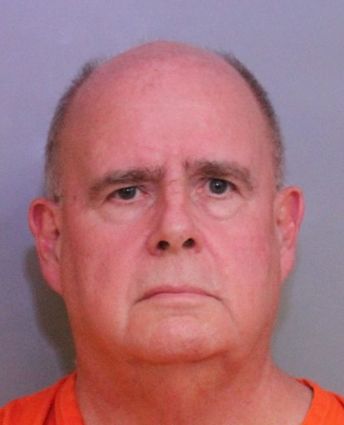 A 68-year-old Lake Wales man was arrested Oct. 22 and charged with video voyeurism and tampering with evidence.

John Patrick Turley is accused of secretly videotaping a 16-year-old girl who was showering in the guest bathroom at his home at 920 Devonshire Way.

Police were called to the Turley home for a disturbance Aug. 15 after the girl's mother confronted him about whether he had nude pictures of her daughter. The heavily redacted police report said the girl saw a Canon camera through the transparent pet door and suspected she might have been photographed, but she waited about a month to tell her mother because she didn't want to damage the families' relationships.

Police said when they arrived Turley was attempting to destroy his computer tower, which later was found to contain two videos of the girl nude and partially dressed.

LakeWalesNews.net left messages for Turley to give him an opportunity to comment. If he replies, his comments will be added to this story.

The police report indicated the families are close and the teen and her younger sisters occasionally spent the night at Turley's home. The report said Turley sometimes gave the girl rides to and from her work and during one of the rides he questioned her about whether she ever shared nude photos with her boyfriend. The girl told police she answered "no" and that Turley started rubbing her back inappropriately while she was driving.

Turley declined to answer police questions, but his wife reportedly told them he admitted to having nude photos of the girl, but said he deleted them. She told police she knew Turley viewed adult pornography and that he admitted downloading some to his computer.

In addition to the two short videos, investigators found multiple photographs of the teen and other girls in bathing suits. Police said those photos "appeared sexually suggestive because of their focal point," and they appeared to be taken without their knowledge.

The police charged Turley with two counts of video voyeurism, saying he intended to "secretly record the victim for his amusement, entertainment, sexual arousal or gratification for the purpose of degrading or abusing the victim . . . who had a reasonable expectation of privacy."

Turley was arrested Oct. 22 and released the next day after paying $11,000 bail.

Since retiring to Lake Wales from Connecticut, Turley has been involved in local historic preservation efforts and served as an officer of his homeowner's association.