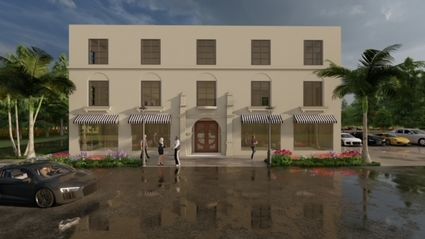 Henry Kebabjian is not giving up on his plans to redevelop the historic Seminole Hotel and is still hoping to convince Lake Wales city commissioners to drop their foreclosure action, waive code enforcement fines and allow him to go forward with the project.

Kebabjian told commissioners at their Dec. 1 meeting that he now has more than $40,000 invested in the hotel, which he purchased for $10,500 in August. He said he has purchased property for parking south of the hotel on First Street, ordered an appraisal, and hired contractors for electrical, plumbing, painting and a fire sprinkler system. He said he also has estimates for new doors, windows and roofing and is working to purchase title insurance.

Speaking during the communications and petitions section of the meeting, Kebabjian asked to be placed on a future agenda, when the commission could take action on his requests. City Manager James Slaton said he will bring options for the commission to discuss at their Dec. 9 agenda workshop meeting to determine what action item to put on the regular meeting agenda Dec. 15.

City Attorney Chuck Galloway said he is waiting for a hearing to be scheduled on the pending foreclosure action. The hotel was shut down in 2017 as unsafe due to multiple code violations. The city's code enforcement board approved moving forward with foreclosure after recent owner Cardiff Howell of Orlando was unable to submit an acceptable renovation plan, and attempts by local developer Ray Brown to purchase the property fell through in June. Howell bought the 14,776-square-foot hotel in March 2010 for $630,000. Property appraiser records list the market value of the historic structure, built in 1929, as $101,000, a drop of $80,000 since 2017.

"This action is pending and it's going forward until this body says don't do it," Galloway said, noting Kebabjian could purchase the property at the foreclosure sale if he is willing to reimburse the city $11,000 in back taxes, pay attorney fees, court costs and administrative fines of more than $270,000 that continue to accrue at $250 per day. The city also wants to collect about $6,000 for an environmental study to determine asbestos content in the building.

Kebabjian said the foreclosure is "not going to happen," even if he has to pay off the code enforcement liens and other costs, which now total about $290,000. He told commissioners if they don't waive the fines it will delay the project and he will not be able to redo the building exterior with new stucco, doors and windows.

"So you're saying if we don't do what you want it will be a shoddy building?" asked Commissioner Terrye Howell.

Kebabjian told commissioners if they work with him to offer a fine amnesty program he would have the hotel exterior completely redone within one year. Last month he told them he had a loan commitment, and that he planned to restore the first floor of the hotel with retail storefronts and a restaurant before renovating hotel rooms on the second and third floors. Kebabjian also said he made $170,000 in net profit from the sale of Giorgio's restaurant on Stuart Avenue downtown.

"The money I've made in Lake Wales I'm reinvesting in Lake Wales," Kebabjian said, noting if the city refuses to compromise, "All they are going to do is scare other investors away." 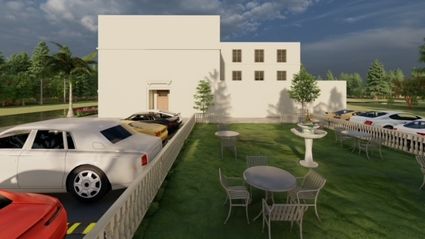 Galloway and Slaton are recommending that the city foreclose on the hotel, then transfer it to the city's Community Redevelopment Agency, which can then seek proposals from possible developers. Galloway said the foreclosure action will help the city get clear title to the property.

Kebabjian said he now has a quit claim deed from Howell's ex-wife, Myra Howell Smith, so the only issues with the title are the city's liens.

He originally budgeted $350,000 for the Seminole restoration and having to pay off the fines will only delay the project, Kebabjian said.

"I have no problem paying the money – a fair number, not the fines since day one," Kebabjian said. "All I'm saying is let's be fair."

Based on the Walesbilt project, the city would be better served by sitting down with the owner and working out a time schedule for completion. Then reduce the fines according to amount spent by the owner in making the renovations. The city should also hire an outside project management firm to oversee the work.