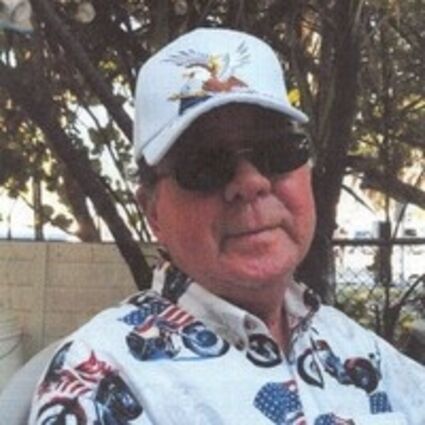 He was born November 10, 1945 in Oak Ridge, TN to the late Clarence and Velma Townson. James was an electrician for Florida's Natural for 30 years and was still actively working. He loved to fish, watch sunsets, and ride his motorcycle. He enjoyed going to the beach and was a Pastor.

James was preceded in death by his brothers and sisters and a granddaughter, Lea Henderson. He is survived by his wife of 10 years, Susan Townson; daughters, Kim Leseley and husband Bobby of Mountain View, AK, and Rachel Townson Zenteno of Orlando; son, Tony Townson of Hanceville, AL; along with step-children, Grace Egan of Orlando, Nicholas Strickland and Colby Medlock of Lake Wales; and sister, MaryAnn Waldrep of Addison, AL; and seven grandchildren.

A visitation will be held from 11 a.m. until the funeral service at noon, Wednesday, Feb. 17 at Marion Nelson Funeral Home in Lake Wales. Burial will take place at New Canaan Baptist Church Cemetery in Arab, AL at 2 p.m. Saturday, Feb. 20.