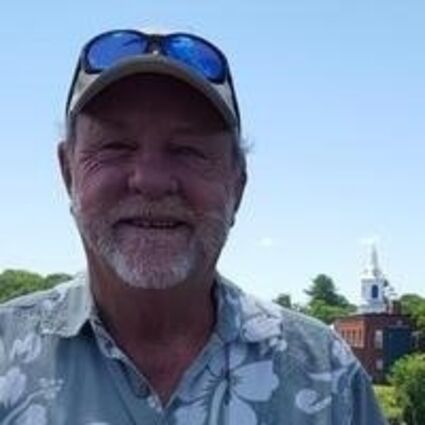 He was born in Lake Wales on April 24, 1956 and was a graduate of Lake Wales High School. After a lifetime in Central Florida, he and Carol had recently moved to Rangeley, ME.

He was preceded in death by his parents, Charles & Louise Simmons. He is survived by his wife Carol, sons Shawn (Emily) and Aaron (Carrie), his sister Sherry Settle (Mike), and several beloved in-laws, nieces and nephews. He was also affectionately called Pappy by his 5 grandchildren, Taylor, Kailyn, Emily, Ruby & Evan.

Chuck was a retired power lineman, alligator trapper and gator and turkey hunting guide. He loved fishing, hunting and most other activities. He especially loved spending time with his family and socializing with his many friends, following the Gators and in general enjoying life.

A celebration of Chuck's life will be held at a later date. Marion Nelson Funeral Home in Lake Wales is handling arrangements.