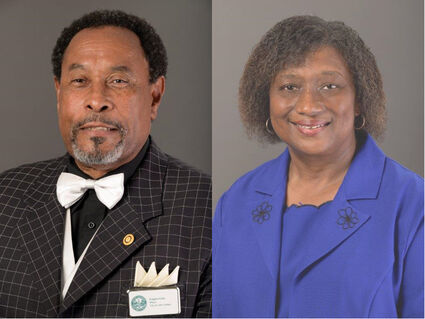 Kirby is transitional housing coordinator for the Lake Wales Care Center and a part-time associate pastor of High Point Church. He served in the U.S. Navy for six years and has lived in Lake Wales for 15 years.

Commissioner Terrye Howell challenged Fultz's contention that he didn't need to seek input from commissioners or offer the position to one of them before choosing someone not affiliated with the city. Commissioner Curtis Gibson suggested the mayor should have at least checked with current and incoming commissioners to determine their interest.

Howell served as the city's representative on the board of trustees prior to Fultz becoming mayor. She said she had no problem with Kirby, but felt with this being a year when a new charter superintendent would be chosen it would be good to appoint someone with a background in education. She retired after more than 30 years teaching elementary school in the public system.

Fultz said one charter school administrator and two board members asked him to not appoint Howell because they said she was negative about the charter schools. Howell bristled at that suggestion.

"It's insulting for anyone to think that a true educator would not be in favor of children learning. It's an insult to me. I don't care what schools they teach in."

Fultz said he chose Kirby because he was a "clean slate, independent thinker who would make informed decisions."

Deputy Mayor Robin Gibson, who serves as general counsel for the charter school system and chaired the 2010 City Charter Review Committee, pointed out that the charter change 10 years ago gave the power to make board appointments to the mayor.

Lake Wales voters on April 6 of this year approved a charter change that expanded the role of commissioners in recommending appointees for the mayor to appoint. Fultz did not consult with commissioners about the charter school appointment, but told them they could vote his choice up or down. Ultimately, all commissioners consented to Fultz's choice of Kirby.