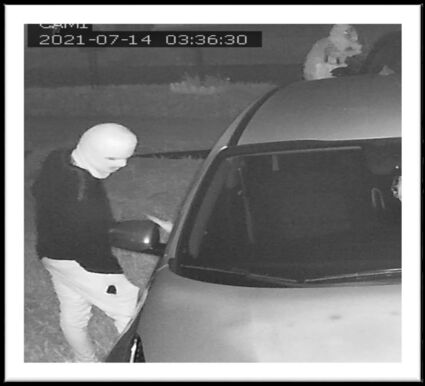 Still shot from video of burglary. Police are hoping to get better images to aide in identification of suspects.

The bold burglars in some cases broke windows to gain access to steal valuables from the vehicles. The reported burglaries were in a concentrated area between Johnson Avenue and Greenbough Drive fairly close to Lake Wailes Lake.

Police said a vehicle was stolen during the burglaries and recovered by officers. The largest concentration of burglaries was 11 parked behind the Court of of Seven Chimneys on Park Avenue between 2 and 3 a.m. 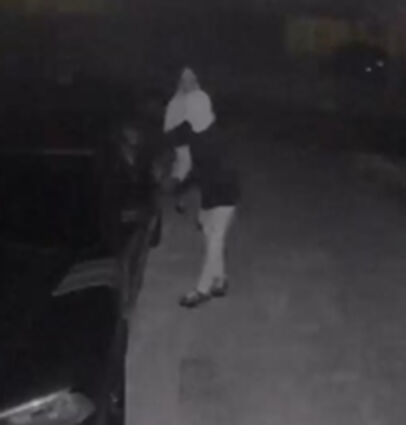 At least one home surveillance video showed the break-ins, but the quality made it difficult to identify the two suspects.

Lake Wales Police want to remind people they may want to remove valuables from their vehicles when they go in at night. If anyone recognizes the suspects or has information on the people committing these crimes, please contact the Lake Wales Police Department at 863-678-4223 or Heartland Crime Stoppers at 1-800-226-TIPS (8477).