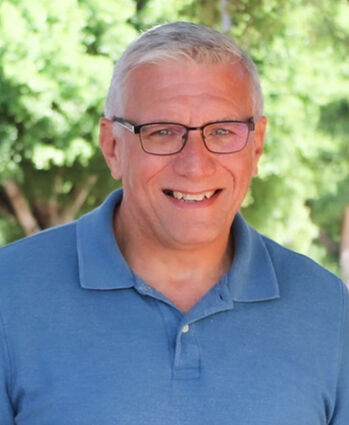 After hearing from supporters of the four applicants, Lake Wales City Commissioners unanimously voted to appoint Jack Hilligoss to the temporary vacancy created by the suspension of newly elected City Commissioner Kris Fitzgerald.

Hilligoss will be sworn in Aug. 17 and will serve until either Fitzgerald is reinstated or a commissioner is elected in April 2022 to complete the final two years of the term. Hilligoss, 55, is senior pastor of HighPoint Church and has been a resident of the city for 24 years.

Several speakers made positive comments about more than one of the applicants, and commissioners said they felt any of the four would be a good choice.

Commissioner Terrye Howell's first choice, Richard DeLoach, did not get the three votes required for the appointment. Then she nominated Hilligoss, and the vote was unanimous.

Deputy Mayor Robin Gibson said Hilligoss was his top choice. Mayor Eugene Fultz and Commissioner Daniel Williams noted they had long-term relationships with Hilligoss and both said they had been invited to preach at his church.

"I have grown to love the city of Lake Wales," Hilligoss told the commissioners. "It isn't a perfect place, but Lake Wales has the kind of people I feel at home with. It's a great town."

Hilligoss said he was concerned with maintaining the city's small town culture while experiencing unprecedented growth.

Businessman and former Chamber board chairman Kevin Respress spoke highly of Wojcik, who ran the Chamber for nine years, but said "I don't think there's a better first round draft pick than Jack Hilligoss."

Supporters praised Hilligoss for having an all-inclusive congregation and his ability to unify people and make thoughtful decisions.

In his email asking to be considered Hilligoss pointed out that all three of his children attended and graduated from Lake Wales Charter Schools and that his church congregation has been very involved with local schools and community service projects over the years.

"I have served on various boards in the city throughout those years as well as working through personal relationships on to activate innovation in the downtown area," said Hilligoss, who lives in the Dinner Lake development off Chalet Suzanne Road. "I live in a rapidly growing part of our city and county and want to help us plan for and incorporate that growth well.

"I think Lake Wales is a great place with incredible potential. I believe our city is full of people who genuinely care about one another when we focus on one another and the good of our city and refuse to allow outside influences to 'bleed in' to our concern for each other and our city."

Gov. Ron DeSantis suspended Fitzgerald July 7 pending the outcome of her arrest on felony charges of interference with custody of a minor and aggravated assault with a deadly weapon. The Lake Wales City Charter requires commissioners to fill vacancies within 30 days.

Fitzgerald was arrested June 3 for allegedly taking an 11-year-old boy from his home without permission and threatening him with a loaded handgun. She was released from the Polk County Jail Saturday, June 5 after posting $11,000 bond.