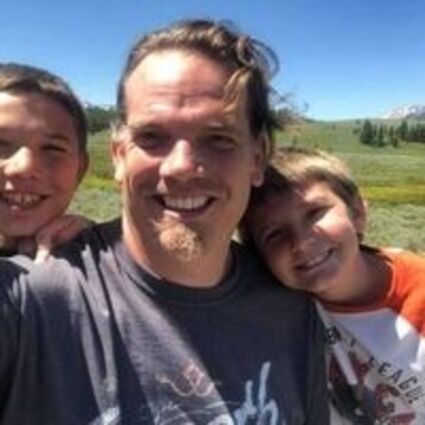 Eric was a 1995 graduate of Northmont High School, a 2000 graduate of Warner Southern College in Lake Wales, FL. He was a supervisor at Rhino Staging and Event Solutions and owned and operated ESG Audio. Even as a child Eric was very creative and he was always interested in artistic things and enjoyed making things, even from items he found in the trash. He attended Salem Church of God in Clayton, Ohio and became very involved in the youth group. He also started assisting with the sound for the worship services. He attended Sinclair College for a year, while continuing to help with the Salem Youth Group. In 1996 he decided to attend Warren Southern College in Lake Wales, Florida where he majored in church ministry with an emphasis in youth ministry. While there, he became very involved in a band called Highway 27 South and did the sound for them. Upon graduating he did many things including teaching school for special needs children, working in the insurance profession and working for the Lake Wales Care Center. During this time, he continued to do sound for various bands. In 2017, he started working for Rhino Staging , and this is where he found his passion. In 2019 he supervised the construction of a light show at Tropicana Field in St. Petersburg, Florida, called "Enchant Christmas" (https://enchantchristmas.com). During this time he started his own audio business, (ESG Audio) and did sound for many venues in Florida. Eric made many friends while working and in business and will be greatly missed by, especially by those in the music field, but most of all by his two sons, David and Aaron, and all of his family and friends. He was a kind and generous man, who knew Jesus Christ as his Lord and Savior.

There will also be a service at Marion Nelson Funeral Home, Lake Wales, FL at a later date.