Chairman Calls for Review of Process 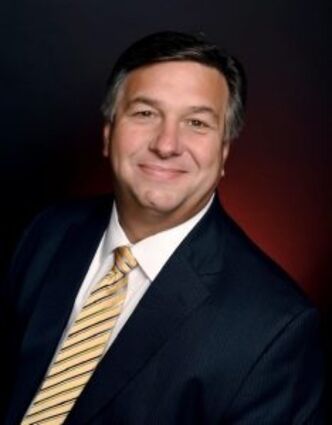 More than six months after the departure of lauded Lake Wales Charter Schools Superintendent Jesse Jackson, the process of seeking his replacement being conducted by the Board of Trustees is in disarray.

Board Chairman Danny Gill has written a memo calling for an opportunity for citizens to voice their opinions at the September 20 meeting of the board. His memo states that “This is not a meeting to discuss who the next Superintendent should be or will be. This meeting will be designed to shed light on the process and allow all grievances and concerns to be heard.”

Those “grievances” apparently arose from previous meetings and the printed summary of comments received at that time, when it was agreed to temporarily halt a nationwide search in favor of seeking local candidates to lead the seven-campus system. Gill’s memo states that the purpose of the meeting will be “restoring community faith and confidence in the process” of selecting the next leader. School systems nationwide have increasingly been targets of ideological attacks on personnel and curricula.

Gill recently assumed the role of Chairman following the resignation of Dr. Andy Oguntola, who is now applying for the role of superintendent. Dr. Oguntola is also the director of the Polk State College Lake Wales campus and the chairman of the Lake Wales Area Chamber of Commerce. He was unavailable for comment as this story was written. It will be updated when he becomes available.

Gill has proposed moving the start time of the next Trustees meeting back one hour to 4:00 PM on September 20th to accommodate public comment and the attendance of a representative of the Florida School Boards Association, Andrea Messina, who will join the meeting at 5:00 pm to “assist with the slight shift in the search process.”

Gill indicated in his memo that the Board of Trustees agreed that if a qualified local candidate was not found in “a few weeks” the national search would continue. That understanding was included in the subsequent meeting memo, but apparently disputed by others, resulting in the need for further airing. The report of the Search Committee “will be an integral part of the process,” Gill’s memo stated.

Meetings are normally held in the library at Lake Wales High School. In an effort at transparency, the Charter Schools website at http://www.lwcharterschools.com has a prominent button leading to information about the search.

BOARD OF TRUSTEES Chair Danny Gill

The Board of Trustees met Wednesday (9/8) and approved two important, and what have come to be controversial pieces of business concerning the search for a new superintendent. The first was the approval of a one-page summary of the "forum meetings” that were held for students, Charter School employees and community members. It seems that the content of this summary is in question by those who attended these meetings, and not representative of what they felt was shared and offered by the participants. The second was a decision to temporarily pause the national search for a superintendent in favor of a more local approach. If a qualified local candidate was not found within a few weeks, then the national search would continue. This decision has proven to be a divisive proposal.

As the Chair of the Board of Trustees, the honesty, transparency, and integrity of the process is of primary importance, no matter if the superintendent is a local or national candidate. Conversations, emails, and input from community members over the past few days have indicated that this process is not clear, and its integrity is in question.

For this reason, I am proposing that the next Trustee meeting will have a primary focus of restoring community faith and confidence in the process of selecting the next leader of our education system in Lake Wales. This is a monumental decision, and it is critical that we take the time to make sure the process is fair and above board for all who want to be considered for the position.

Our next regularly scheduled monthly meeting is slated for 3:00 PM on September 20th. I am asking for the meeting to be pushed back to 4:00 PM so that Andrea Messina from the Florida School Boards Association (FSBA) can be present for the Superintendent Search portion of the meeting agenda starting at 5:00 PM. The FSBA will be assisting our system with navigating the slight shift in the search process and the best approach to achieve a fair and transparent selection method. I am asking for members of the Search Committee to attend the meeting and be prepared to offer a report, individually or collectively their experience, perspective and understanding of the process; their concerns and all relevant information that they have gathered, so far, regarding the Superintendent Search. Hearing from the Search Committee will be an integral part of the process.

I'm calling on the Interim Superintendent and the Charter Office, in concert with Principals and School staff to heavily advertise and promote the upcoming board meeting to the community of Lake Wales. I would like to welcome all community voices to air their concerns and questions about the process. This is not a meeting to discuss who the next Superintendent should be or will be. This meeting will be designed to shed light on the process and allow all grievances and concerns to be heard. My hopes and expectations are that this meeting would assist the process in regaining momentum and footing.

I appreciate everyone who has worked on this project so far, and I'm certain that we can find a fair, transparent, and open path forward that will instill confidence in the challenging decisions in the days ahead.