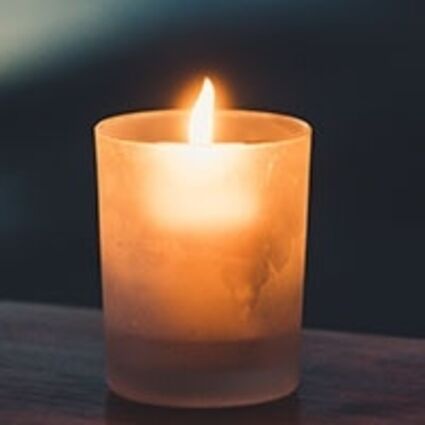 He was a young boy when our nation entered the Great Depression. While working at a gasoline station at the age of 12 gas spilled on his pants leg. It was a bitter cold day. He went inside to warm by the fire and his pants Ignited. By the grace of God and the healing hands of a loving aunt he was able to walk again one year later. He was indeed a survivor.

He joined the US NAVY at age 17, February 12, 1945 - April 18, 1946 and served his country with honor as a SeaBees in the Marshall Islands during WWII. Near the end of the war he volunteered to go with a small Marine Recon-unit Into the mainland of Japan in preparation for the US invasion. After the war he joined the USARMY Reserves and was honorable discharged in 1948.

He was a pilot and chaplain with the US Civil Air Patrol and a member of the Alabama Search and Rescue Team during the 1950's.

In 1954 he was Ordained by the Alabama District Council of the Assemblies of God. He pastored Wicksburg, Hartford and Daleville Assembles in May of 1960 he accepted the call to Frostproof First Assembly of God and pastored for 30 years until his retirement in 1990. In 1964 he was elected as Sectional Presbyter with the Peninsular Florida District of Assemblies of God and served until his death.

Always active in his beloved Frostproof he was affectionately known as "The Preacher." For many years in the 60's he was the town's Santa Claus.

He loved catching and eating fish. During the days of CB radio's his "handle" was The Fisherman.

He was always a bi-vocational minister. In Alabama he sold Life of Georgia Insurance and had a Radio & TV repair shop. In Frostproof he was a commercial fisherman for several years. He contract hauled fertilizer and then picked and hauled fruit for BHG Inc. He did whatever it took to provide for his wife and 4 children.

He is preceded in death by his parents Jack and Mary Wood, his in-laws Clifton and Eva Skipper, son-in-law Tim Shaw, his sister Margaret Ward, 3 brothers Jack, Robert and Garner Wood and his lovely wife of 70 years Christine Skipper Wood.

A public viewing will be at Family Life Church in Frostproof from 1:00-2:00 PM Sunday 9/26/21, due to COVID-19 precautions, the family requires the church for a private Celebration of Life with the Reverends Terry Raburn and Kelly Galati officiating.

The family asks for you to join them for the service via Facebook at Family Life Church Frostproof. Interment will follow at Silver Hill Cemetery with Reverends Ric Jenkins and Wayne Blackburn officiating. Memorial donations in his honor can be made to Family Life Church (139 Bulldog Way, Frostproof, Florida 33843) or Restoration Church c/o Andy Wood (704 East Highway 134, Midland City, Alabama 36350).