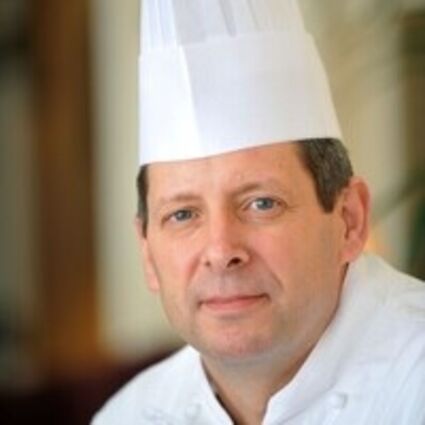 Thomas J. Pepka passed away October 15th, 2021 at his home in Lake Wales, FL. after fighting a valiant battle with chronic heart disease for over twenty years. He was born January 17, 1959, in Eastlake Ohio.

A lifelong professional chef, Tom mentored many young culinarians and was always very proud of their success. A graduate of the American Culinary Federations Apprenticeship Program himself, Tom taught many apprentices in his kitchen, notably his son Dan, and enjoyed passing his extensive skills and knowledge along to his apprentices. He was most proud to be the executive chef at Oakmont Country Club in Oakmont, PA for 17 years. He helmed the foodservice operations at Oakmont for the 2003 U.S. Amateur Open, 2007 Men's U.S. Open and the 2010 U.S. Women's Open. He was a longtime member of the American Culinary Federation, holding a Certified Executive Chef certification and was a member of the American Academy of Chefs. He was very active in the Pittsburgh A.C.F chapter and counted many good friends among its members, He was awarded the 2009 Pittsburgh ACF Chapter Chef of The Year and the L.J. Minor Chef Professionalism Award in 2014. Under his leadership, Oakmont Country Club received the 2008 Achievement in Excellence award presented by American Culinary Federation Foundation.

A visitation will be held from 1:30 p.m. until the funeral Mass at 2:30 p.m., Saturday, October 30, 2021 at St. Matthew the Apostle Parish, Gahanna, OH and internment at Green Mount Cemetery, Montpelier, VT (details pending). In lieu of flowers a donation can be made in Tom's name to Animal Friends c/o Development Department 562 Camp Horne Rd. Pittsburgh, PA 15237 or online at thinkingoutsidethecage.org.