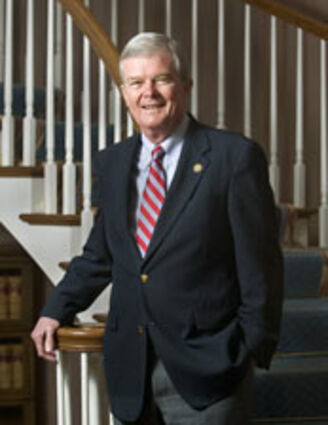 The multiple proposals for future residential development in the Lake Wales area has many concerned for the future of the city and the potential loss of its "small town" feel.

After hearing from numerous citizens about their worries for the future, Commissioner and Deputy Mayor Robin Gibson has felt the need to speak about the issue.

"Folks have been telling me they are concerned about the town being overwhelmed by the coming urbanization," Gibson said in a written statement. "Everyone realizes that property owners have the right to develop their property. But while that occurs, they also want to know what can be done to protect the quality of life we value and enjoy in Lake Wales. I've told them that I'm also concerned, and have been researching the issue to find standards to guide my decisions on the City Commission."

Gibson has been the sole vote against a large development proposal on newly-annexed land near Country Oaks, northeast of town, that will not have access to municipal sewer services but will depend instead upon septic tanks. Gibson considers that a symptom of premature development, which he terms "urban sprawl."

Quality growth, Gibson states, requires a reduction of urban sprawl. He says the city needs to be "fair and predictable to developers" to attract "developers who realize the economic benefits of marketing to folks who value aesthetics, appreciate quality growth and value an authentic town with an historic center."

In his letter Gibson bemoans the lack of shared vision between Lake Wales and Polk County, a problem that has been cited by officials in other cities. "As for our area," Gibson continued, "our assets include the natural beauty of the hills, lakes and farmlands on the Lake Wales Ridge," and that "we must do all we can to partner with the County to protect our unique and distinct asset."

Gibson cites the hand-in-glove cooperation achieved in the City and County of Greenville, S.C. and their "Upstate Forever" concepts that are readily available online. Their cooperative approach has brought both quality of life and considerable economic prosperity to their area, he said, but added "I'm afraid we don't have the same similarity of purpose with Polk County that prevails in the City and County of Greenville. But that's no excuse for us not doing all we can to fulfill the City's mission, to make Lake Wales "a bit better and more beautiful for our having been here."

Lake Wales "places a priority on protecting its distinct character" and needs only those who appreciate it. "For the others, there's plenty of urban sprawl elsewhere," Gibson said.

Gibson said that it is important to "explore the economic benefits that occur when zoning laws are upgraded to incorporate the economic advantages of aesthetics," Gibson said. In a nod to the potential for future traffic congestion and the need for alternative transportation methods, he said the city needs to "allow mixed-use neighborhoods with a range of housing choices and pedestrian access to commercial, business and retail uses, thereby reducing auto travel and traffic congestion."

Acknowledging the city's original reputation as a "City in a Garden," Gibson has also called for an effort to "prioritize trees for beautiful outdoor spaces, shade from (the) Florida sun, canopy for roads, trails and bike paths."

"Trees," he added, "are the most cost-effective way to enhance property values."

Gibson also cited a need to provide for "Public Safety as we grow,(to) maintain a safe and secure community."